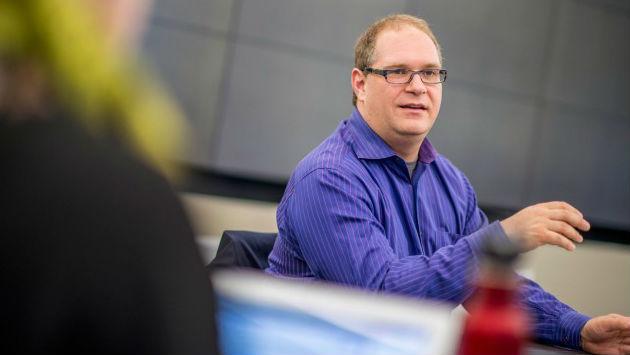 Evanston’s educational research-practice partnership will expand, thanks to $1 million in combined support from the Lewis-Sebring Family Foundation and the Spencer Foundation.

The partnership, which brings together Evanston schools, their administrators and Northwestern University researchers from its Institute for Policy Research and its School of Education and Social Policy, seeks to improve the lives of Evanston students through implementation of practical research findings.

The “PreK–12 Pathway Research and Data Initiative” will assure a continuous cycle of research, feedback, policy implications and ongoing study that will create more opportunities for refining practical, on-the-ground policies and further research.

The initiative strengthens the reciprocal relationship between Northwestern and Evanston’s two school districts — Evanston/Skokie School District 65, which serves pre-K through eighth grade, and Evanston Township High School District 202, which dates back to the 1950s.

In recent years, this relationship has been taken to a new level as the three pursue the overall objective of providing an excellent public school education for Evanston’s 10,000 school-aged children, as well as seeking to close the achievement gap between high- and low-performing students.

“By further deepening Northwestern’s partnerships with our local school districts, we will carry out work that will help all Evanston children to succeed, while leading to important new research findings,” said IPR Director David Figlio, an education economist.

“The scholars and students at IPR, combined with the practitioners and the administrators in both school districts, will be able to take on the compelling problems of public education that we see here in Evanston,” said District 65 Superintendent Paul Goren. “We’re working together on common problems that we can address and try to solve together.”

The emphasis on the intersection of research and practice was a critical factor in why the Lewis-Sebring Family Foundation supported the partnership, said its chairman, Charles Ashby Lewis. He cited work by Penny Bender Sebring (Ph.D., SESP ’85), his wife, who, in 1990, co-founded the University of Chicago Consortium on School Research, where she continues to be a leader. The consortium seeks to improve Chicago Public Schools through its data-sharing partnership with the school system.

Another key factor was “the idea of Evanston,” a city with a unique racial, ethnic, and economic mix, Lewis continued. It is a city in which he and his wife have lived for more than four decades, where they raised their family and sent their children to school and where they now seek to sustain and improve those schools.

“So my interest in the health of Evanston and Penny’s interest in university-based research that helps to improve public schools have come together in our support for the research-practice partnership,” Lewis said.

The partnership also received funding from the Spencer Foundation through its nascent “research-practice partnership” grants program. The Northwestern-Evanston proposal, led by IPR economist Jonathan Guryan and Maria Allison, District 65’s chief strategy officer, was developed in conjunction with school administrators in both districts and was one of only seven to be funded from a field of almost 100.

According to Easton, such partnerships can prove to be “powerful” because they motivate practitioners to “believe in the research” and put it to work.

“The grants to support our partnership will take our work to a whole new level,” wrote District 202 Superintendent Eric Witherspoon in an email. “We will be able to collect, aggregate and analyze data that helps us identify and implement best practices that will result in better outcomes for students.”

One early project will seek to examine, select, vet and validate key indicators of education and life success for all of Evanston’s public school students, from preschoolers to high school seniors. It will be part of a larger longitudinal effort to identify and address factors contributing to the achievement gap between Evanston’s high- and low-income students, which is among the highest in the nation.

Figlio, who is spearheading the research effort with Guryan, IPR economist Diane Whitmore Schanzenbach and IPR developmental psychologist Lindsay-Chase Lansdale, noted that most districts tend to rely on generic, one-dimensional products, such as standardized tests, to show “who’s on track.”

Picking a single assessment factor, like a standardized test, over others leads to an incomplete picture of each student’s shortcomings and potential. Focusing on one factor misses what other potentially informative indicators — including grades, attendance, intent to attend college and psychological characteristics, such as persistence — might add.

Through the partnership, a multidisciplinary team, including Northwestern/IPR faculty, is sifting through the latest research to identify which factors are most important in predicting success across all grades. In partnership with Evanston administrators, they will develop a “comprehensive package that is valid across the K–12 spectrum,” Figlio continued. “It will be the first multidimensional system based on the latest science and research.”

Evanston is an “ideal place” for such a partnership, according to Figlio, because of the city’s diverse population and a previous track record of Northwestern researchers and administrators — including Northwestern University President Morton Schapiro, anIPR education economist — working together to boost student achievement through research in Evanston schools.

Lewis also singled out President Schapiro’s leadership in creating better relations between the University and the city as a win-win for both. The city’s demographics, which are representative of the country’s, present a unique opportunity for Northwestern’s social science researchers to conduct studies that can not only benefit Evanston, but the nation as a whole, according to Lewis.

“President Schapiro recognizes that a microcosm of America exists in the University’s backyard,” Lewis said.

Figlio thanked the foundations for taking the partnership to a new level. “We are thrilled to partner with Penny Sebring and Chuck Lewis, local philanthropists with a deep and abiding concern for improving the lives of all Evanstonians,” he said. “Moreover, the Spencer Foundation, based in Chicago, will connect this partnership with other developing research-practice partnerships around the country.”

Northwestern is also developing research-practice partnerships with other local school districts, including a data-sharing partnership with the Chicago Public Schools that is expected to lead to significant collaborations as well.

“We look forward to expanded research that will inform not only our two school districts in Evanston and Skokie, but also inform school districts across the country and even internationally,” Witherspoon said.