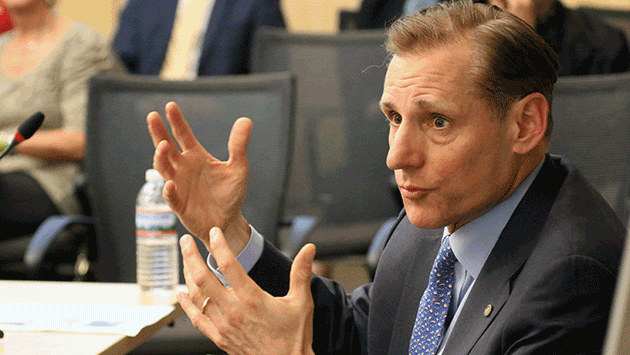 And Robert Passage, CEO of one of the building's largest tenants, Pivot Point International, said his firm plans to spend about $2 million to renovate and expand its space. 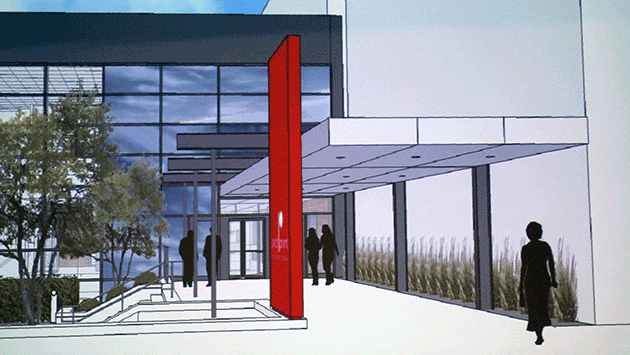 A rendering of the proposed new Pivot Point entryway.

The renovations would include more prominent signage for Pivot Point and possibly a  video display visible from the street that may require changes to existing city regulations. 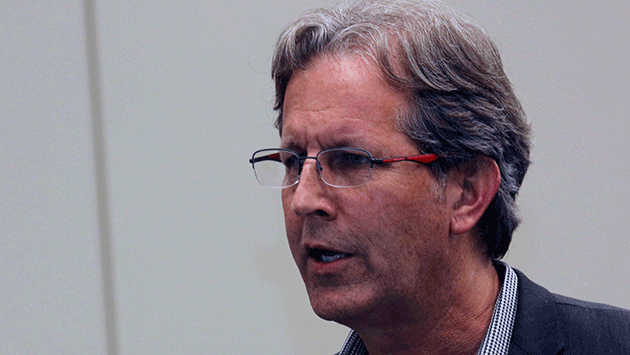 Passage, whose father founded the business in 1962, said the company has 72 employees in Evanston and trains 130 students a year in hairdressing and related skills at the Evanston facility.

It also licenses beauty schools around the world under the Pivot Point name and sells beauty supplies and equipment.

Passage said the expansion would let him add more courses for more students and would make the Evanston location into the company's flagship school. He also said he hopes it will double retail sales at the store.

The EDC meeting was held in a Rotary building conference room that's part of the first phase of the planned conference center development and featured a tour of the raw first floor space, formerly home to the Discovery Channel, that Rotary plans to transform into its visitor center. 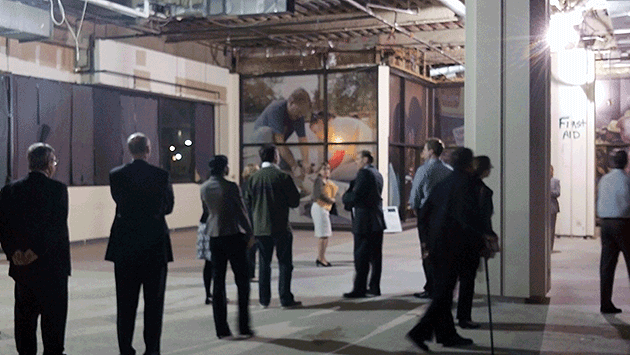 Committee members touring the space planned for the visitor center.

Hewko said the expanded conference facilities would let Rotary move events for up to 300 people that it now holds in Rosemont and other locations outside Evanston to the headquarters building.

Rotary, with 1.2 million members around the world, has 550 employees in Evanston.

Hewko said the organization hopes the new visitor and conference centers would engage people from all over the world to exchange ideas and take action to improve their communities. 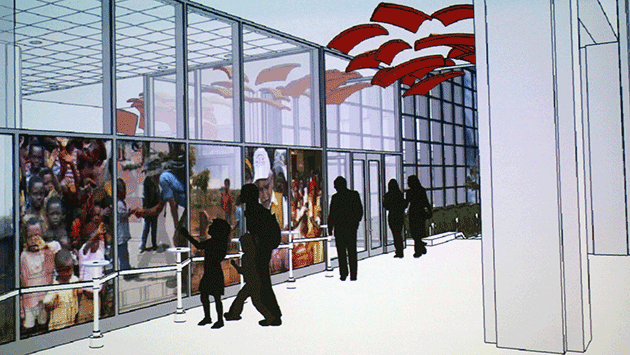 A rendering of the planned visitor center entrance.