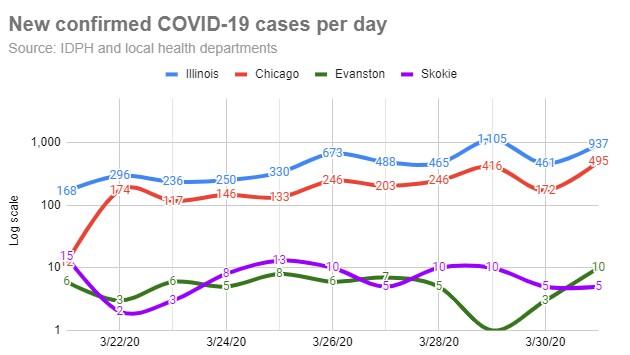 With today’s new cases, just over one in every thousand Evanston residents has been confirmed by tests to have a case of the coronavirus disease.

Health officials have noted that 80 percent or more of the people diagnosed have not required hospitalization, but they’ve also noted than an undetermined number of additional people with mild symptoms may have the disease and be spreading it and that some people with the virus also appear to be able to spread it even before they show symptoms.