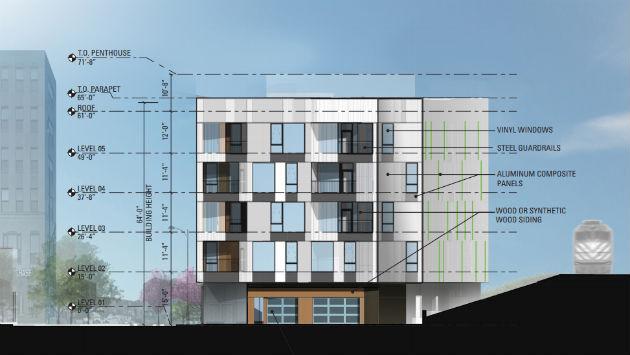 Plans for a proposed five-story, 26-unit apartment development with a garden center on its ground floor go before the Evanston’s Design and Project Review Committee on Wednesday.

The project is planned for a largely vacant site between Chicago Avenue and the Metra tracks just north of Howard Street. 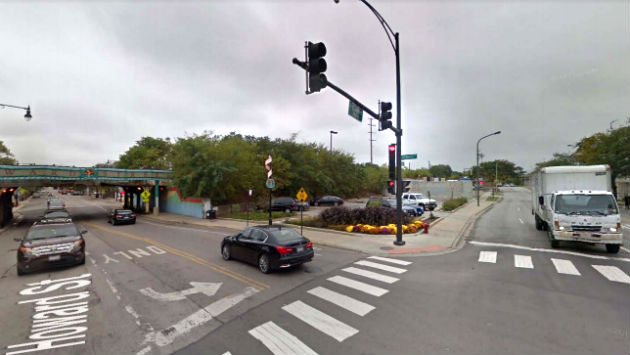 The City Council last summer agreed to sell a city-owned parking lot on the corner to the developer, Evanston Gateway, LLC, and to provide a $1.9 million forgivable loan from the tax increment financing district serving the neighborhood .

Since it’s getting the city TIF funding assistance, the project is has a 20 percent affordable units requirement, rather than the 10 percent that would be required by the inclusionary housing ordinance without city financing.

Developer David Brown is proposing to provide five units on site, affordable to persons making 80 percent of area median income. The city’s ordinance calls for half of the units to be at 50 percent and half at 60 percent of AMI.

But, under the ordinance, the developer alternatively could make a $100,000 contribution to the city’s affordable housing fund for each affordable unit, instead of providing the affordable units on site. 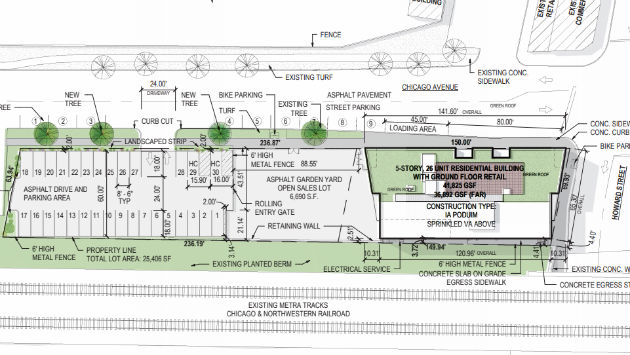 The site plan for the proposed development.

The developer will also be seeking several site development allowances — including for providing 30 parking spaces instead of the 37 normally required — and a special use permit to operate an open sales yard for the garden center.

Different portions of the parcel are now zoned B3 and C1. The proposal calls for rezoning it all to B3, because the C1 zone doesn’t permit residential uses.

After review by the Design and Project Review Committee at its meeting at 2:30 p.m. Wednesday, the plans will also require review by the city’s Plan Commission and City Council.