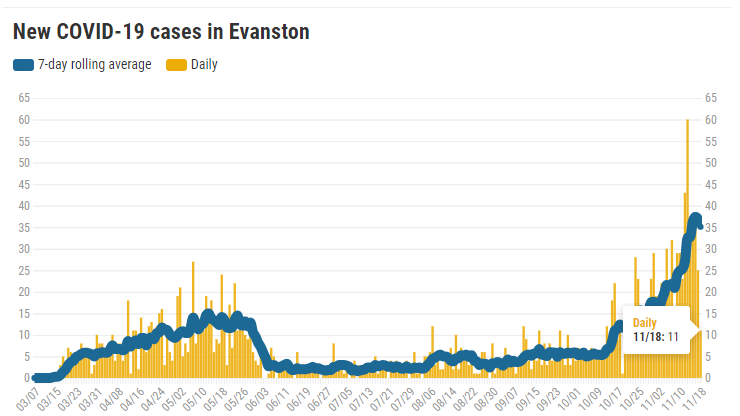 The IDPH reported tests of 468 Evanston residents today. It found 12 positive cases for a daily positive rate of 2.6%. The seven-day positive rate here is now 3.2%.

The state now says Evanston has had a total of 2,017 cases.

Evanston’s health department says the city now has had a total of 1,981 COVID-19 cases. The death toll from the pandemic in Evanston grew by two today to 83.

As of last night, 5,953 people in Illinois were reported to be in the hospital with COVID-19. Of those, 1,146 patients were in the ICU and 547 of those were on ventilators.