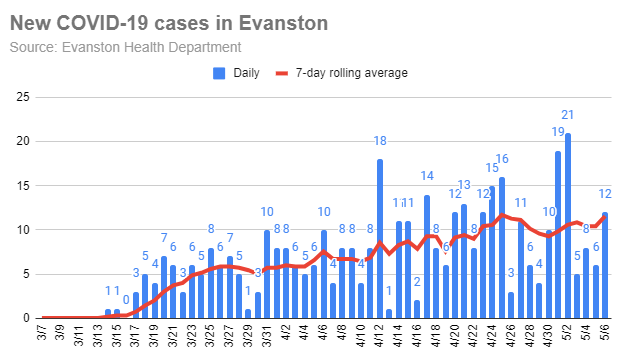 At his news conference this afternoon Gov. J.B. Pritzker said it appears “highly unlikely” that the state fair will be held this year because of the social distancing needed to reduce the spread of the coronavirus — unless treatments that are now under development prove to be very effective and become available quickly. The fair, in Springfield is typically held in mid-August.

Pritzker also defended his decision to split the state into four regions for decisions about when social distancing restrictions may be eased, saying they were based on the availability of hospital capacity in each region if there should be a flairup of new cases.

He added that while some Chicago suburbs now have relatively few cases, many residents of those communities regularly go into the city and could become exposed to the disease there if social distancing rules are eased.

The governor said the state is also stepping up efforts to reach Hispanic residents with information, testing and treatment options after test results so far show that Hispanics are getting COVID-19 positive test results at nearly three times the state average.

Officials reported getting results of 14,974 COVID-19 tests today, one of the highest testing numbers ever and that the positive results rate was 15.2%, one of the lowest rates seen during the pandemic.

That, and trends in the 7-day rolling average of new cases statewide that might possibly show the beginning of a leveling off of the new case count could provide some reason for optimism.

But the governor noted that under his reopening plan announced Tuesday, the earliest date by which any region of the state could move into the next phase of reopening would be the start of next month.