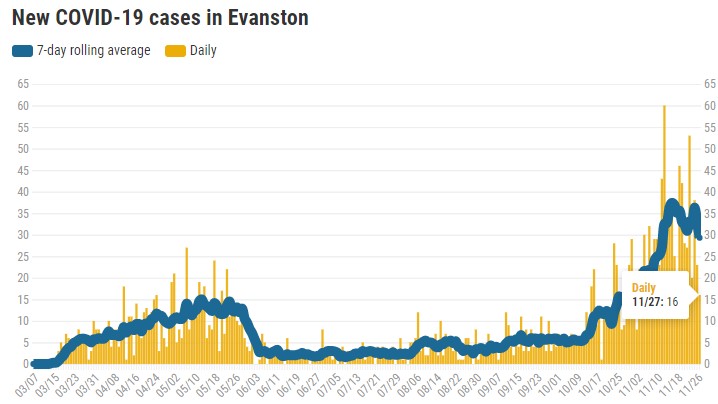 As expected during the holiday weekend, the number of tests declined substantially today. The state reported 77,130 COVID-19 tests today, compared to 107,556 yesterday.

The Illinois Department of Public Health reported tests of 539 Evanston residents today, compared to 869 yesterday. It found 15 positive cases for a daily positive rate of 2.8%.

The state now says Evanston has had a total of 2,332 cases, while Evanston’s health department counts 2,274 cases.

As of last night, 5,829 people in Illinois were reported to be in the hospital with COVID-19. Of those, 1,215 patients were in the ICU and 698 of those were on ventilators.