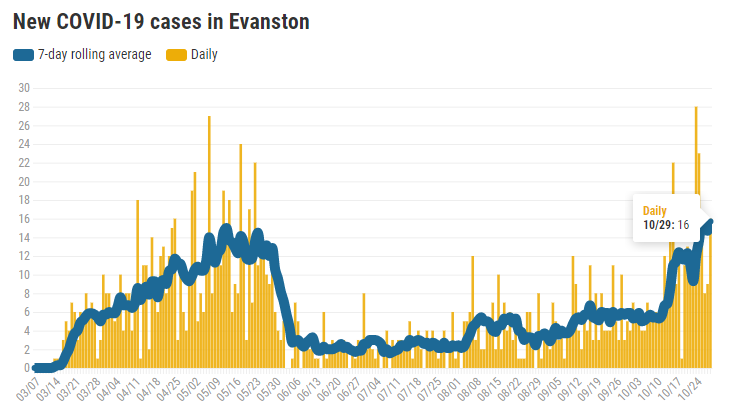 Statewide there were 6,363 new cases. That’s the highest one day total of the pandemic, topping the 6,161 cases recorded on Saturday.

Gov. J.B. Pritzker today added Region 3 in west central Illinois to the list of regions required to stop having indoor bar and restaurant service and restricting the size of indoor gatherings to 25 rather than 50 people. 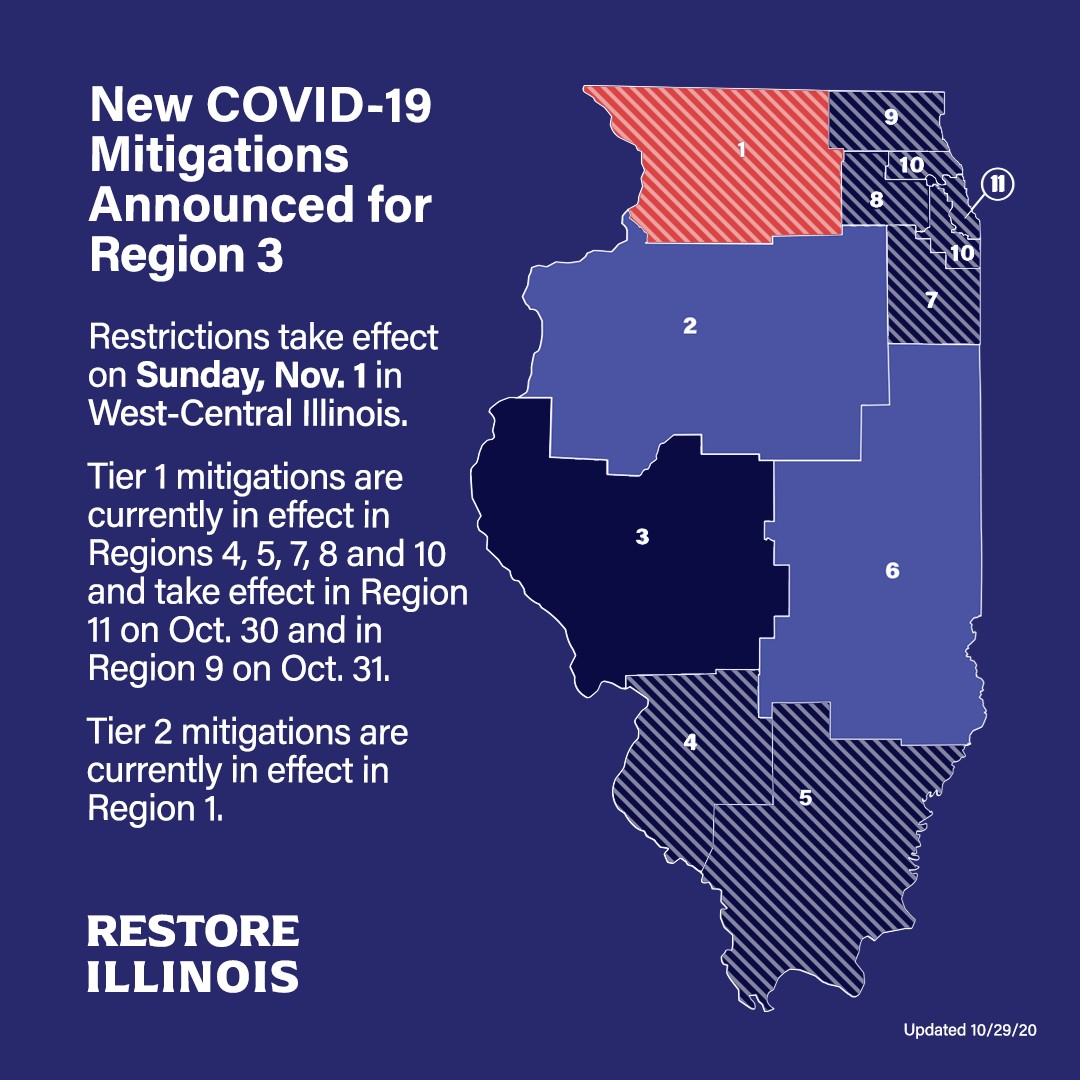 At a news conference today Gov. Pritzker voiced concerns about rapidly growing case counts across the state and health officials urged residents to mask up and take other steps to prevent disease transmission.

The seven-day positive test rate in suburban Cook County is now at 7.7%, up from 6.2% a week ago.

The state now says Evanston has had a total of 1,422 cases.

The city now says Evanston has had a total of 1,437 cases. The city’s death toll from the pandemic remained unchanged today at 74.

As of last night, 3,030 people in Illinois were reported to be in the hospital with COVID-19. Of those, 643 patients were in the ICU and 269 of those were on ventilators.