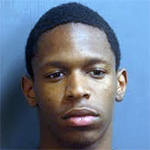 Evanston police say a 17-year-old Evanston resident has been charged as an adult with breaking into a car on Central Park Avenue.

Parrott says Johnson tried to run off, but was caught nearby by officers, who found he had over $50 in loose change, a GPS unit and headphones.

Parrott says police determined that the GPS had been taken from the glove box of a car in the 2400 block of Central Park.

Based on statements he made to police, Parrott says, officers believe Johnson had gone into numerous unlocked vehicles in the area looking for items and loose change.

He's now scheduled to appear in Skokie district court on the felony burglary charge at 9 a.m. on June 20.