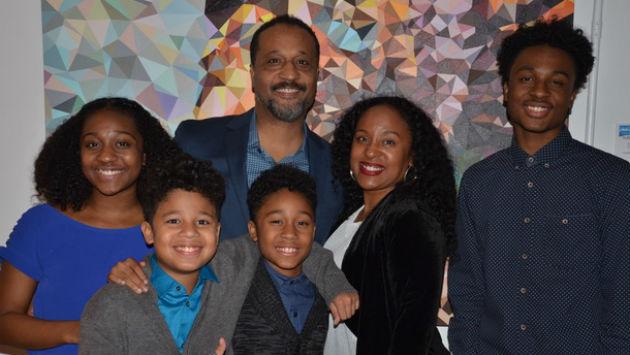 Jude Laude, a 1984 graduate of Evanston Township High School and a lifelong Evanstonian, announced his candidacy Saturday for the District 202 Board of Education at a kickoff rally at Curt’s Café.

Supporters said he would bring to the board a 26-year professional background in education as a counselor, teacher, professor, and restorative justice expert.

Laude (pronounced lau-DAY) will be seeking one of four openings on the board in the city and school election to be held on April 4, 2017.

Of the four terms expiring, Gretchen Livingston has announced her intention to run for reelection, while Doug Holt has said he will not seek reelection to the seven-member board.

The other two seats expiring next year are held by Board President Pat Savage-Williams and the board’s newest member, Anne Sills, who was appointed to the seat vacated by Bill Geiger, who resigned upon moving from the district. 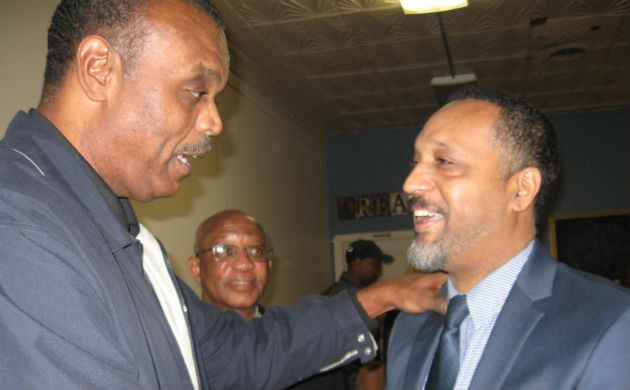 Laude, right, speaks with a supporter Saturday at campaign kickoff at Curt's Cafe

Laude, who also serves on the Foundation 65 Board, holds a degree in psychology from the University of Illinois and is currently completing a master’s degree in public administration from Governor State University.

His biography includes service as an instructor at the Malcolm X College Academic Support Center for the Pre-College Institute, a counselor for the Chicago State University Upward Bound Program, a post-secondary counselor at Roberto Clemente Community Academy in Chicago, and a high school counselor at North Lawndale College Prep High School.

He and his wife have four children, two of whom are currently students at ETHS.