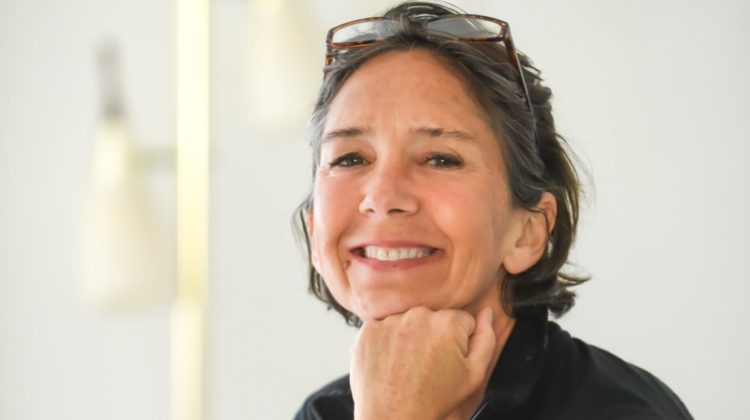 Kelly, who owns a home at 823 Colfax St., is a Spanish teacher at Evanston Township High School and a long-time community activist.

She and incumbent 1st Ward Alderman Judy Fiske were interviewed about their views on major issues by Evanston Now’s Jeff Hirsh.

Kelly also offered the following information on her background and what she sees as the key issues in the campaign in response to an Evanston Now questionnaire.

I grew up in the First Ward, attended Orrington, Haven and ETHS. My roots in Evanston date back to my great, great grandfather who graduated with Northwestern University’s first graduating class of 1859.

My children, Nico and Gus, went through Evanston’s schools and graduated from Vanderbilt and NU, respectively.

I have taught at ETHS for 30 years. I am an Illinois Virtual Instructional Coach and a Spanish language debate coach. I have an master’s degree in Spanish Linguistics. I am a National Board Certified Teacher. I retire next year to fully dedicate my time to the needs of the 1st Ward.

I founded the ETHS Spanish Language Debate Team. I was nominated by Latinx students for the NU Red Apple Award, which I won, for work with the Latinx community. I was awarded the Teacher Excellence Award, nominated by colleagues.

I have worked closely with Steve Berlin, president of Council on Government Ethics Laws and executive director of the Chicago Board of Ethics, to propose a lobby ordinance to bring greater transparency to our city government.

This includes: Representing first and foremost the needs and interests of the 1st Ward residents and greater Evanston; Being a strong steward of our city budget and a voice of accountability and transparency and facilitator of equity.

I will build consensus to effectively move these objectives forward on behalf of my constituents and the broader Evanston community. I will prioritize research and education around decisions that impact Evanston residents so that I can most effectively lead on issues and interests that are of importance. I will incorporate and resident voice and participation into all decisions. I will be readily accessible and responsive to my constituents.