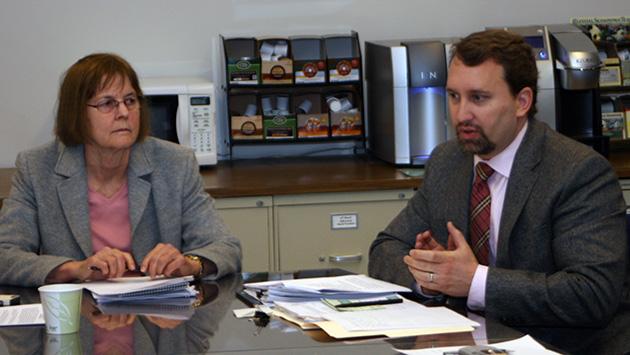 A supporter of Alderman Judy Fiske, 1st Ward, today withdrew her objection to the ballot petition signatures of challenger Edward Tivador after it became obvious math wasn't on her side.

The objection filed by Barbara Janes, the wife of Fiske's campaign treasurer, alleged that irregularities in some of Tivador's petitions left him with too few valid petition signaures to win a place on the April election ballot.

But at an electoral board meeting this morning. Janes' attorney, Scott Spears, asked to withdraw the objection because the questionned petition signatures — even if all were thrown out by the board — wouldn't have been enough to reduce the count of Tivador supporters below the legal minimum. 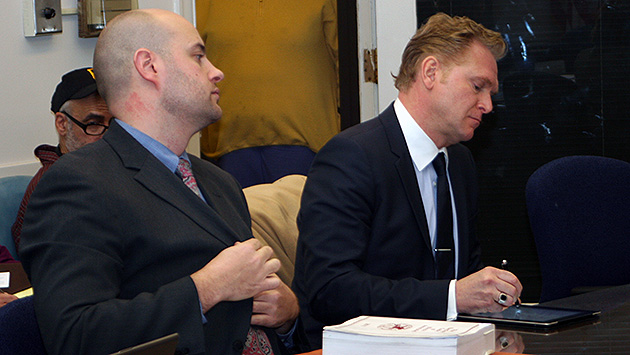 With 1,064 votes cast in the last election for 1st Ward alderman, Tivador needed at least 53 valid signatures, and no more than 103 signatures, according to calculations by City Clerk Rodney Greene.

He actually submitted 122 signatures and Janes had challenged the validity of 40 of them.

Even assuming the 19 signatures in excess of the maximum were thrown out, and the challenges to all 40 questionned signatures were upheld, Tivador still would have had 63 signatures, more than the 55 minimum required.

After the meeting Tivador said he was pleased with the withdrawal of the challenge and was looking forward to the campaign.

Tivador, who lives in the Sherman Plaza condominium development downtown, is the superintendent of schools in Northbrook Glenview District 30.

The decision means Fiske, a pet supply store owner completing her first term on the council, will be one of just two aldermen facing a challenger this spring.

The other is first-term Alderman Mark Tendam, 6th Ward, who's being challenged by Mark Sloane, who came in second in a three-way race for the job four years ago.