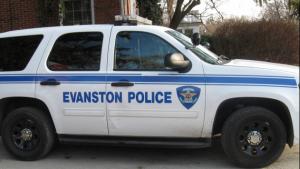 On Thursday, just before 5 p.m., a 26-year-old Evanston man was walking to work in the 500 block of Main Street when he was approached by a black male wearing a hoodie who attempted to take his backpack.

After a brief tussle, the victim was cut by a knife and the robber grabbed the man’s cash and fled on foot. The victim transported himself to Evanston Hospital, where he was treated for a knife wound on his forearm.

In the other incident, a 25-year-old Evanston man was walking home from work on Friday,around 9 p.m. in the 1700 block of Simpson Street, when he heard the sound of a shotgun being racked and was confronted by three black males in their late teens who took his backpack containing an Xbox gaming system.

No arrests have been made in either incident, according to EPD Cmdr. Joseph Dugan.