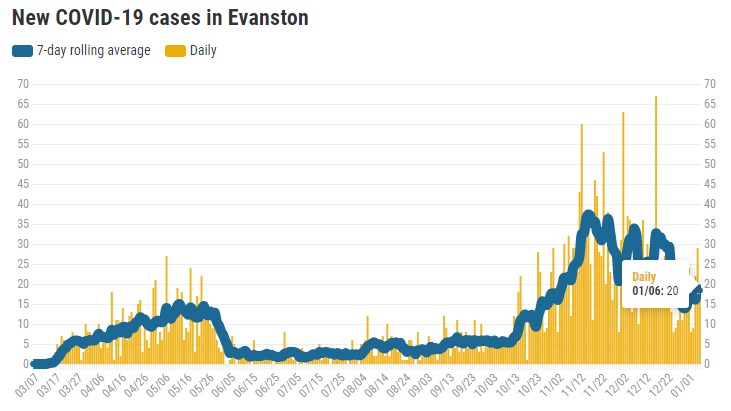 At his news conference this noon, Gov. J.B. Pritzker said that based on the relatively modest increase in coronavirus cases in Illinois following the Thanksgiving holiday he hopes the state will also escape a big surge following the Christmas and New Years holidays. If that turns out to be true, he said, current restrictions in regions that keep their disease rates down could be eased as soon as Jan. 15.

The Illinois Department of public health reported tests of 707 Evanston residents today, the same number as yesterday. It found 31 positive cases for a daily positive rate of 4.4%.

The state now says Evanston has had a total of 3,284 cases, while Evanston’s health department counts 3,210 cases.

As of last night, 3,928 people in Illinois were reported to be in the hospital with COVID-19. Of those, 812 patients were in the ICU and 451 of those were on ventilators.