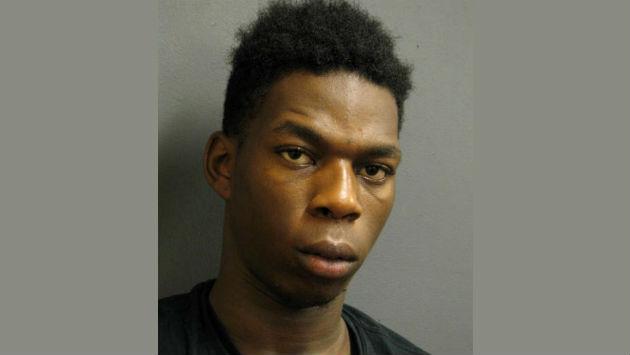 A 20-year-old Evanston man has been charged with burglary after he was spotted riding a bicycle Saturday afternoon that had been reported stolen earlier that day.

Police Cmdr. Joseph Dugan says that about 10:30 Saturday morning police took a report of three bikes having been stolen from a garage in the 1300 block of Greenleaf Street after the owners of the property inadvertently left their overhead garage door open overnight.

Then, about 4:15 p.m. Saturday, Dugan says, officers on directed patrol in the 1900 block of Jackson Avenue spotted Demarco Alexander, who they believed had a warrant out for his arrest, riding a bicycle.

When the officers approached him to check on the warrant status, Dugan says, Alexander fled on the bicycle into the west alley of Jackson, then jumped off the bike and fled northbound on foot.

Dugan says the officers, who were in full uniform and driving a marked squad car, gave Alexander several verbal commands to stop fleeing, but he continued to flee on foot.

After they finally took him into custody in the rear of a yard on east side of Jackson, officers discovered that the warrant was no longer active but that the bike Alexander was riding was one of the ones stolen from the garage on Greenleaf.

Alexander, of 1932 Jackson Ave., now has been charged with burglary and disobedience to police.