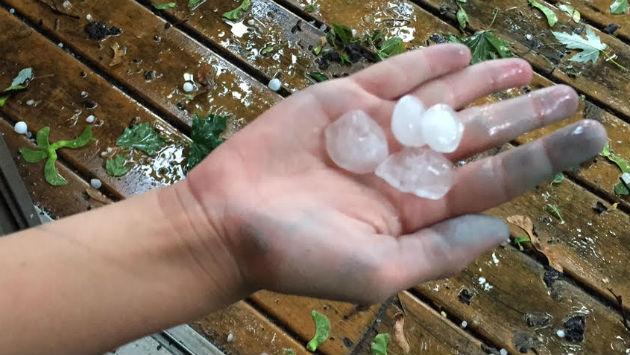 About 200 ComEd customers are still without power more than 14 hours after a microburst thunderstorm swept through Evanston about 3 p.m. Sunday.

At one point nearly 2,000 customers were blacked out as a result of the sudden storm, which mainly hit portions of town south of Dempster Street.

City Manager Wally Bobkiewicz said three people attending the Lakefront Arts Festival at Dawes Park were hospitalized with minor injuries after they were struck by a tree branch during the storm.

City forestry crews worked into the evening cleaning up trees felled by the storm and were expected to resume cleanup work this morning.

A second and longer wave of thunderstorms late Sunday night apparently passed through the city without adding significantly to the toll of damage from the afternoon storm.

Update 9:10 a.m.: City Manager Wally Bobkiewicz says a total of parkway 25 trees were knocked down by the storm. All had been cleared from the streets by last night and crews are working to haul away the debris today.

Bobkiewicz praised work during and after the storm by police, fire and public works employees and offered special thanks to parks and recreation staffers who wrapped up the arts festival early without more significant damage or injuries.