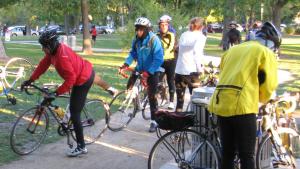 As the sun rose over Evanston’s Dawes Park Sunday, the first batch of an estimated 2,100 bicycles took off for the 28th annual North Shore Century bike ride, sponsored by the Evanston Bike Club.

Not a race, the Century is designed for pure biking pleasure, as the 100-mile route takes cyclists all the way to Kenosha, Wisc., and back to Dawes Park, with frequent rest stops along the way that enable riders to refresh and recharge.

Those who aren’t up to a 100-mile ride have a choice of shorter routes, from 25 miles in length to 70 miles. 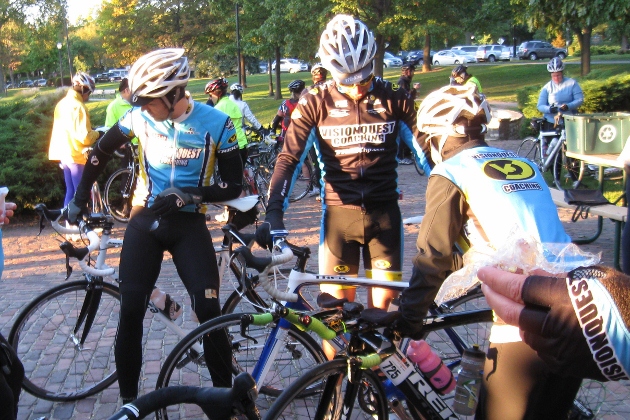 Getting ready to ride.

Throughout the route are roving support vehicles, called SAG cars, that are occupied by a bicycle repair person and an amateur radio volunteer from the North Shore Radio Club, ready to be called into action if any rider experiences difficulty with their bikes. 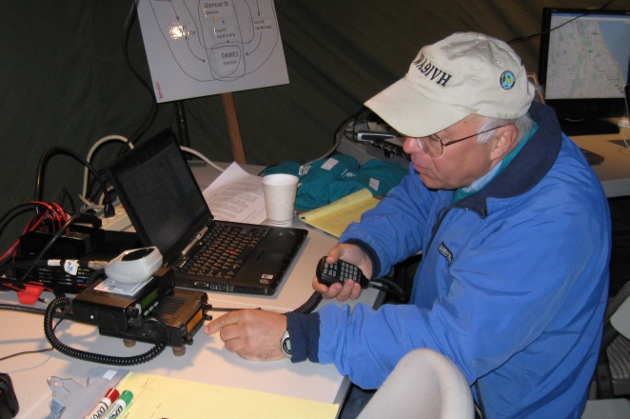 Mark Klocksin of the North Shore Radio Club tracks the location of SAG vehicles on his computer and dispatches them to bikers who need assistance.

Bike club officials said that pre-registration exceeded 1,700 cyclists, a record. On-site registrations at Dawes Park made up the rest of the 2,100 rider total. 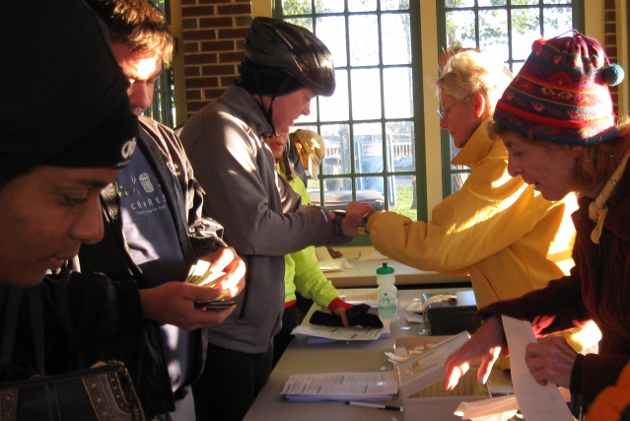 Riders check in at Dawes Park… 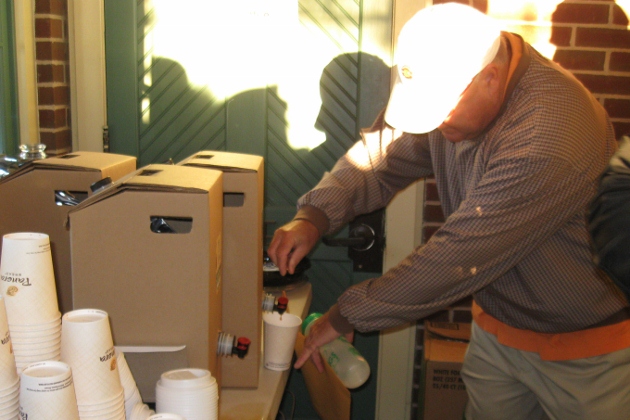 …and fill up on coffee to sustain them for the long ride.

One group left from the Evanston Recycling Center on an affiliated ride to benefit the Over the Rainbow Association, which operates a residence nearby to provide accessible housing and employment opportunities for physically handicapped adults.

Participating cyclists paid $35 each to the bike club, which donates a major portion of the profits to local organizations and agencies that promote safe, fun bicycling, including the League of Illinois Bicyclists, Active Transportation Alliance (formerly the Chicagoland Bicycle Federation), and Evanston’s Youth Organizations Umbrella.