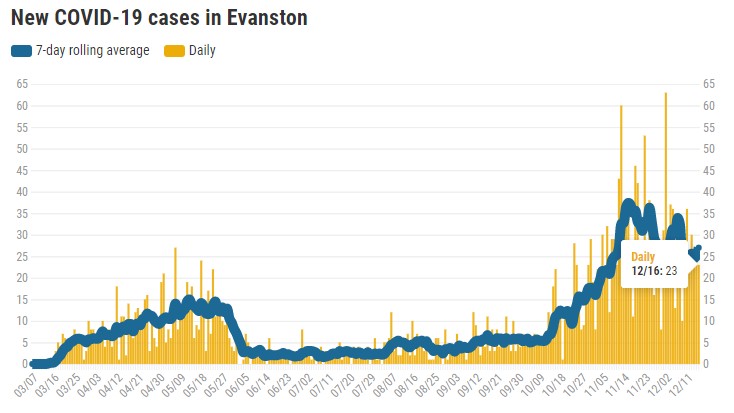 Gov. J.B. Pritzker, at his news conference this afternoon, said federal officials have announced that planned shipments to the states of the Pfizer coronavirus vaccine have been cut nearly in half over the next two weeks from previous projections — from 8 million doses to 4.3 million in each of those weeks.

The Illinois Department of Public Health reported tests of 664 Evanston residents today, compared to 362 yesterday. It found 14 positive cases for a daily positive rate of 2.1%.

The state now says Evanston has had a total of 2,835 cases, while Evanston’s health department counts 2,779 cases.

As of last night, 4,793 people in Illinois were reported to be in the hospital with COVID-19. Of those, 1,045 patients were in the ICU and 590 of those were on ventilators.