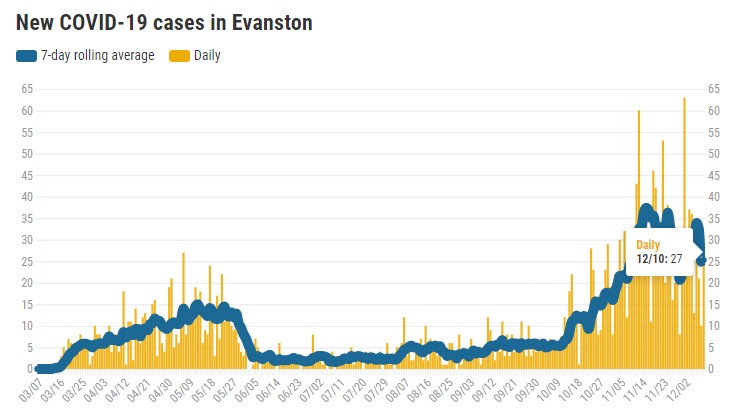 Gov. J.B. Pritkzer held another of his daily coronavirus news conferences this afternoon.

The Illinois Department of Public Health reported tests of 653 Evanston residents today, compared to 751 yesterday. It found 24 positive cases for a daily positive rate of 3.7%.

The state now says Evanston has had a total of 2,686 cases, while Evanston’s health department counts 2,217 cases.

As of last night, 5,138 people in Illinois were reported to be in the hospital with COVID-19. Of those, 1,081 patients were in the ICU and 606 of those were on ventilators.