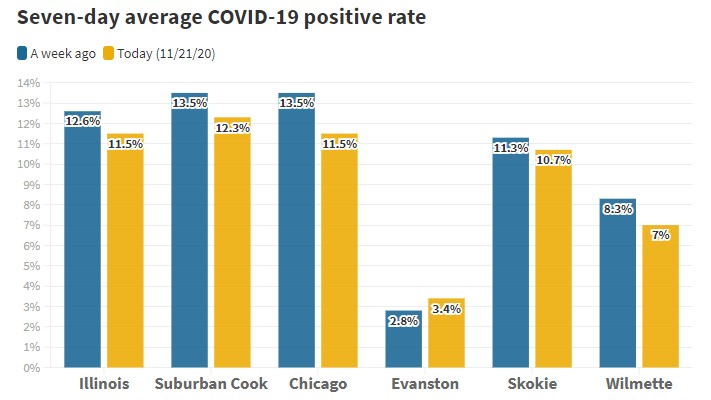 The Illinois Department of Public Health didn’t post ZIP Code based test data on Friday. Splitting increases in new totals reported today in half yields the estimated one-day results for suburban communities included in this story.

The IDPH reported tests of 1,370 Evanston residents today. It found 39 positive cases for a daily positive rate of 2.9%. The seven-day positive rate here is now 3.4%, compared to 2.8% a week ago.

The state now says Evanston has had a total of 2,146 cases.

Evanston’s health department says the city now has had a total of 2,097 COVID-19 cases.

As of last night, 6,175 people in Illinois were reported to be in the hospital with COVID-19. Of those, 1,173 patients were in the ICU and 595 of those were on ventilators.