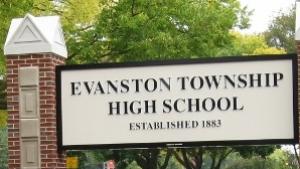 Three outstanding short-story writers in the junior class at Evanston Township High School will be awarded a total of $1,000 Monday at the school’s annual Pen & Press Tea.

The funds are provided by the Bruce E. Mitchell Short Story Fund of the Evanston Community Foundation, established by the Evanston Men’s Short Story Club, of which Mitchell, a retired English teacher, is a member.

Virtually all of the funds were contributed by the club’s members.

A record 72 entries were received in this, the third year of the award. The English Department faculty reads the entries and presents what it considers the top six to the club for its selection.

The 12 men, who have been meeting regularly for the past 23 years to discuss short stories, met this week to discuss the six finalists, which are not identified to them by the authors’ names.

The group selected one story for a $600 first prize, and two other stories as runners-up that will each receive $200.

Mitchell will reveal the names of the winners as he presents the awards at the ceremony in the school auditorium Monday afternoon.