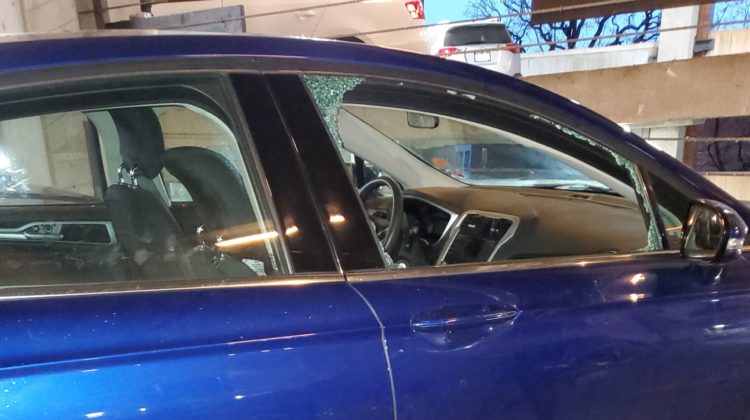 A broken window in one of the cars damaged at the garage. (Gideon Horberg photo)

Evanston police received reports of at least 31 cars damaged overnight Friday at the block-long Church Street Self-Park in the 1700 block of Chicago Avenue.

The public parking garage, with entrances and exits on both Church Street and Clark Street, is adjacent to Evanston Place Apartments, 1715 Chicago Ave., and the damaged vehicles were on the fourth and fifth floors of the garage, in spaces reserved for apartment residents.

Cmdr. Brian Henry said police were alerted and began taking reports during the morning hours of Saturday. The cases have been assigned to detectives for followup, he said, but as of Monday morning, the perpetrators had not been identified and no one had been taken into custody.

In most cases, Cmdr. Henry said, windows had been broken to gain entry to the vehicles.