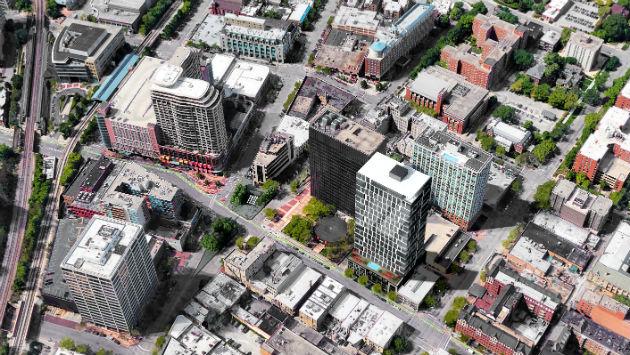 Evanston’s Plan Commission will get its first look at a proposal for a 33-story residential tower at 601 Davis St. tonight.

The Vermilion Development project would replace a vacant lot and a large bank drive-through with 318 rental apartments, a garage for 176 cars and 7,481 square feet of ground floor commercial space, including a smaller bank drive-through. 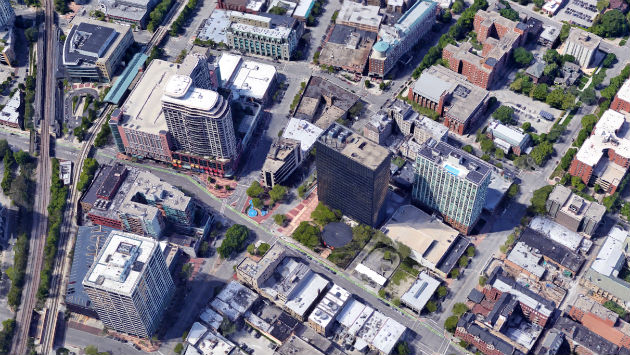 In an interview with Evanston Now, Vermilion President Dave Cocagne said the project would also preserve and enhance the landmark two-story University Building on the corner of Davis and Chicago Avenue “to make it viable for the next 100 years.”

The proposal has won support from the city’s Preservation Commission, but received a negative recommendation from the Design and Project Review Committee, largely because it doesn’t completely eliminate the bank drive-through, which city staff members argue is not appropriate in the downtown area and is hazardous to cyclists using the Davis Street bike lane. 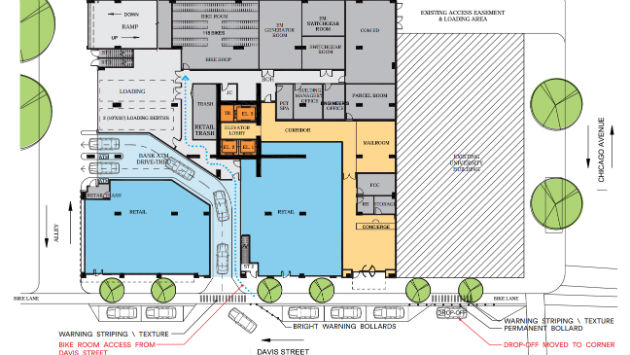 But Cocagne says maintaining a drive-through was a condition set by the bank in agreeing to sell the property for the new development.

The development team has proposed an unconventional response to the city’s desire to encourage more affordable housing.

Under the inclusionary housing ordinance it could meet that goal by contributing $3.2 million to the city’s affordable housing fund. 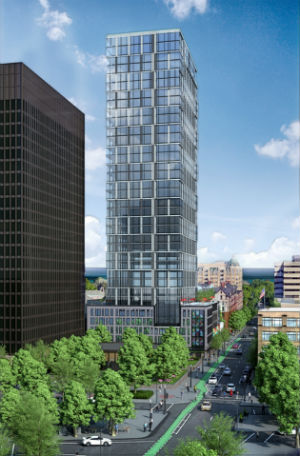 But Cocagne has proposed instead that the project provide four on-site subsidized units and contribute $1.5 million to a local non-profit that would provide short-term assistance to up to 80 families per year for five years to prevent homelessness.

He says that would provide help sooner and aid far more people than the approach called for in the city ordinance.

A city staff analysis, in consultation with Wintrust Bank, concluded that providing the full $3.2 million fee-in-lieu contribution or providing 32 units on site, as preferred by some affordable housing advocates, would make the project financially unfeasible, but that either the developer’s plan or providing 10 on-site units would come close to hitting the financial feasibility target of a 6 percent untrended yield on cost.

The developers are seeking a total of eight site development allowances. Two of the requested allowances — for a height totalling 353 feet and a floor area ratio of 12.25 — are so large that they trigger a rule that will require a two-thirds majority vote of the City Council to approve the project.

Cocagne says the development will generate about $1.7 million in one-time building permit fees for the city as well as annual property tax payments of $1.5 million and $400,000 in expected annual sales tax revenue.

The limited number of parking spaces provided and the height of the building are expected to be among the criticisms of the project the Plan Commission will hear from residents at the hearing, which begins at 7 p.m. in the City Council Chamber at the Civic Center.