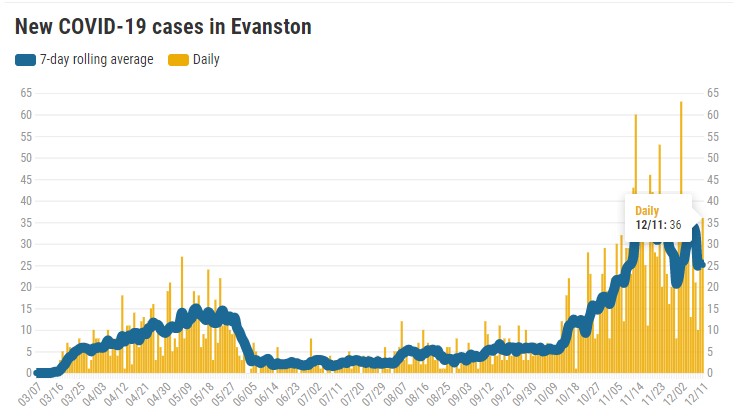 Gov. J.B. Pritkzer says people will have to keep wearing masks for months yet, even as vaccine distribution begins.

The Illinois Department of Public Health reported tests of 763 Evanston residents today, compared to 653 yesterday. It found 35 positive cases for a daily positive rate of 4.6%.

The state now says Evanston has had a total of 2,721 cases, while Evanston’s health department counts 2,653 cases.

As of last night, 5,141 people in Illinois were reported to be in the hospital with COVID-19. Of those, 1,081 patients were in the ICU and 635 of those were on ventilators.