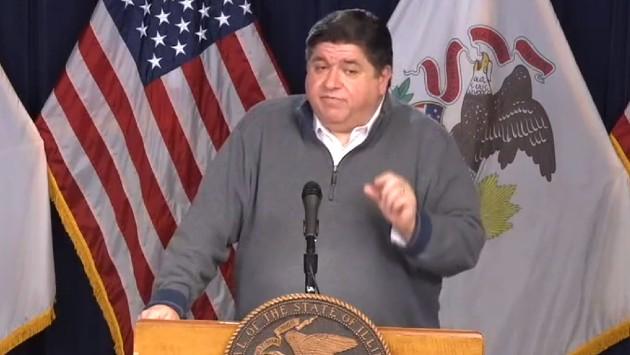 Evanston has a total of 387 reported cases of the disease and more than 2,350 people have been tested, according to figures from the state health department, meaning that the positive test result rate in Evanston stands at about 16 percent.

Evanston’s count of deaths from the pandemic remained unchanged today at 11. Skokie reported one additional death for a total of 19. Chicago reported 31 more deaths for a total of 1,009. Statewide the death count increase by 59 to a total of 2,618.

Today, with a record 19,417 tests reported statewide, the positive test result rate fell to 10.3%, the lowest daily rate seen in more than a month.

At his news conference this afternoon, Gov. J.B. Pritzker said a lower rate of positive results as overall testing expands — if it continues — would be an important signal that the state is making progress in its battle against the disease.

While Illinois reportedly has recently become the state with the third highest number of positive test results for COVID-19 in the nation, Pritzker said that’s because “we’re doing a lot more testing. Many other places are choosing to not test so much so they’re not showing as many new cases.”

A lower positivity rate is important, he said, because it’s an indication of a lower infection rate across the population as a whole.