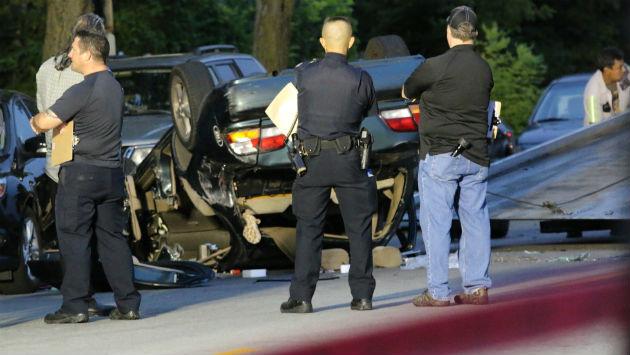 The driver of a car involved in a fatal rollover accident last year has been sentenced to five years in prison.

Evanston police say Monica Wallace, 43, of Evanston, pleaded guilty to a chage of aggravated driving under the influence of alcohol resulting in death in Skokie district court on Tuesday.

The accident occurred at 2:20 a.m. in the 1700 block of Dodge Avenue on Sept. 27, 2015. The car Wallace was driving struck several parked vehicles and rolled over.

A passenger in Wallace's car, Lamart Bailey, 45, of Evanston, died at Evanston Hospital of injuries received in the crash. Bailey, a U.S. Army veteran, had been trapped in the overturned 1998 Nissan and had to be extricated from the car by the fire department.

Relatives of Bailey as well as a victim advocate from the Evanston Police Department were in the courtroom during the sentencing.