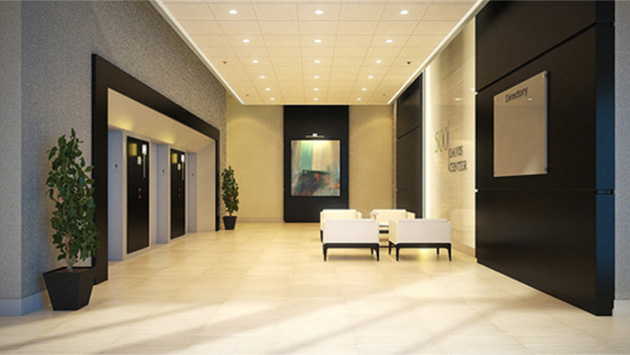 The 10-story office building at 500 Davis St. in downtown Evanston has been placed on the market by the loan servicer that acquired it following a foreclosure suit.

Others include the Hotel Burnham in Chicago's Loop, a St. Charles shopping center and office buildings in Chicago and Schaumburg.

CWCapital Asset Management acquired the 500 Davis property in a court-ordered sale in 2010 after it filed suit in 2009 to foreclose on the prior owner, Samir Cumberland Center LLC.

Samir, controlled by investor Mohammed Mirza, had acquired the building in 2007 for $21.75 million near the peak of the real estate market.

The 119,000 square foot building reportedly had only a 3.7 percent vacancy rate when Mirza bought it, but that soared to 22 percent after trucking firm Schneider National Inc. left for offices in Chicago's Loop in 2008.

The building's website now lists 34,399 square feet — or nearly 29 percent of its space — as being available for lease.

In a news release CWCapital's president says he believes the real estate market has recovering enough to make a sale desirable.

Real Estate Daily says all the Chicago buildings have been appraised at values substantially below what their previous owners owed.

Top: The recently renovated lobby of the 500 Davis Center in an image from the building's website.