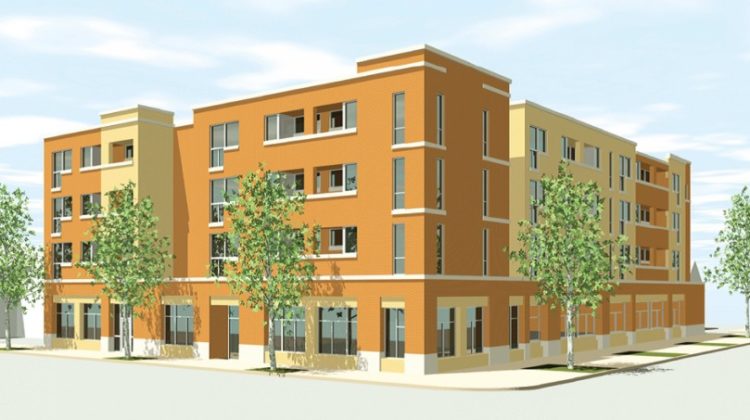 A rendering of the 2006 Housing Opportunities Development Corporation proposal for the 1805 Church St. site

Mt. Pisgah Ministry owns land just west of the site, and its leaders have long hoped to build senior citizen housing on the city-owned property.

The Housing Opportunity Development Corporation proposed to redevelop the parcel nearly a decade and a half ago. But its plan was rejected then by the City Council on a close vote in the face of opposition from neighbors.

Both groups responded to a new city bid to sell the property earlier this year.

City staff, noting HODC’s successful track record of building two dozen affordable housing projects with over 400 units in Evanston and other communities since 1983, rated its proposal much more favorably than the one from Mt. Pisgah, which has no track record of housing development and was vague about its financing prospects.

Now city staff say the two competing bidders have reached an agreement to form a partnership to jointly develop the property.

The new proposal, if approved by City Council, would authorize the city manager to begin negotiations with the partnership on the sale of the property. The development proposal would also have to go through the city’s planned development review process.