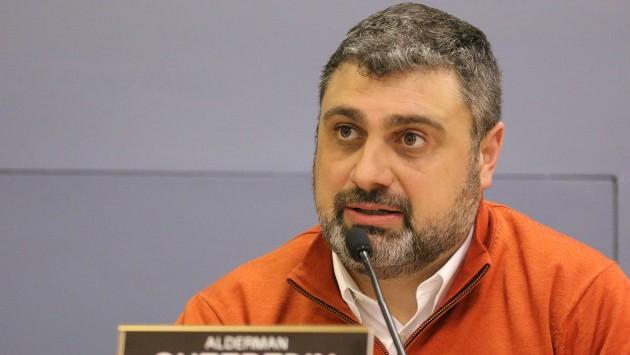 Suffredin, a homeowner at 2334 Ridgeway Ave., and his opponent, Katie Trippi, were interviewed about their views on key issues by Evanston Now’s Jeff Hirsh.

Suffredin also offered the following information on his background and what he views as the key issues in the campaign in response to an Evanston Now questionnaire.

The state of the city’s finances is the biggest umbrella issue that the next council and mayor will have to address. We cannot tax and fee our way to a more livable and affordable city.

Recovery from the pandemic, addressing public safety, aging infrastructure, impartial evaluation of the city’s physical assets, the city’s relationship with Northwestern, implementation of CARP, implementation and complete funding of our reparations program and addressing pension and bond debt will all require forthrightness from elected officials and input from residents.

One of the first things the next council should do is establish and prioritize specific and measurable goals, not to put on a poster as has been past practice, but to actually be achieved within a four year term.

Increases in property taxes are simply not sustainable for many residents and businesses. Increasing the amount of tax paying properties in Evanston will need to be a top priority.