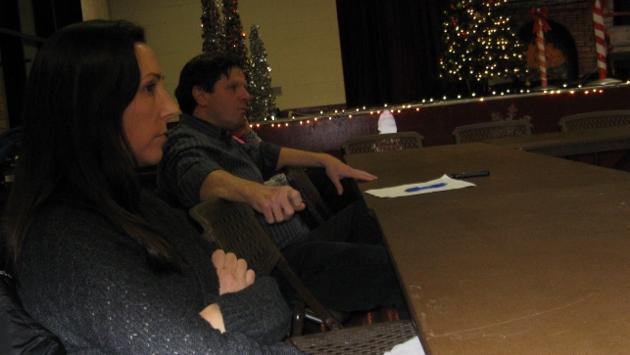 The room was set for considerably more, but only seven community members showed up Monday night for the first of four forums designed to determine the public’s views about the new superintendent of the Evanston/Skokie District 65 school system.

The setting was the Fleetwood-Jourdain Community Center, located in the heart of Evanston’s 5th Ward.

On hand to moderate the session was Pamela K. Hollich, a former school superintendent and an associate with the HYA Executive Search firm that was hired to help the district scour the country for the best possible replacement for Hardy Murphy, who resigned abruptly as the district’s chief last August.

The firm is conducting 17 focus group meetings, Hollich said, with various district stakeholders, including teachers, principals, support personnel, and community leaders, but these forums were to be the instrument for obtaining the views of parents and other community members.

It all leads up to a presentation to the board at its December 16 meeting of the draft of a profile that would describe the kind of person the district should be seeking to fill the top post in the system.

The participants Monday night painted a picture of a leader who knows how to evaluate teachers, uses data to make decisions, utilizes available community resources such as Northwestern University, a manager who does not micromanage, and one who values teaching that promotes learning rather than teaching to score higher on standardized tests.

One participant summed it up succinctly: “The new superintendent needs to have the ability to walk on water.”

The Wednesday session is scheduled during the middle of the day, from 12:30 p.m. to 1:30 p.m., while the Tuesday and Thursday sessions are in the evening, beginning at 7 p.m.

The public is also invited to participate in an online survey. At Monday's School Board meeting, President Tracy Quattrocki reported that the consultants had told her that some 700 persons had already completed the survey and that another 200 had started the survey but had not yet completed it.

She also said that 24 persons had applied for the superintendent's position, even though it has not yet been advertised in the national education trade media.

The board spent considerable time at the meeting wordsmithing a draft of the help-wanted application that is scheduled for publication shortly.

If all goes as planned, the new superintendent will be selected by April 1 and will assume fulltime duties on or about July 1, 2014.

D65 board revs up super search