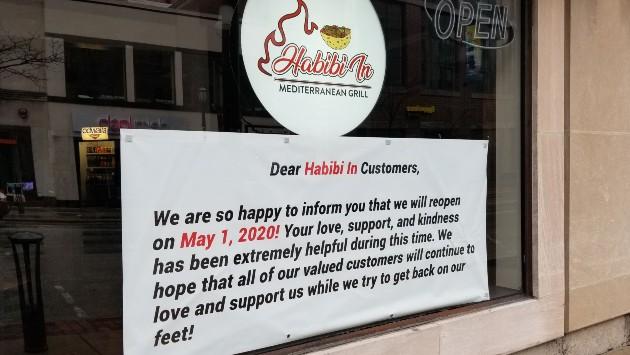 While still an extremely large number by historic standards, the count was the smallest since the surge of COVID-19 related layoffs began.

In Evanston, while downtown streets were still largely deserted this week, there were some indications of preparation for the modest relaxation of the governor’s stay-at-home restrictions scheduled to arrive with the start of the new month tomorrow.

A owners of a handful of shuttered businesses had posted signs in their windows announcing plans to reopen sometime in the next several days.

Specific jobless numbers for April in Evanston won’t be released until the end of May. Figures for March, released last week, showed that unemployment here rose from 2.5% in February to 3.9% in March.