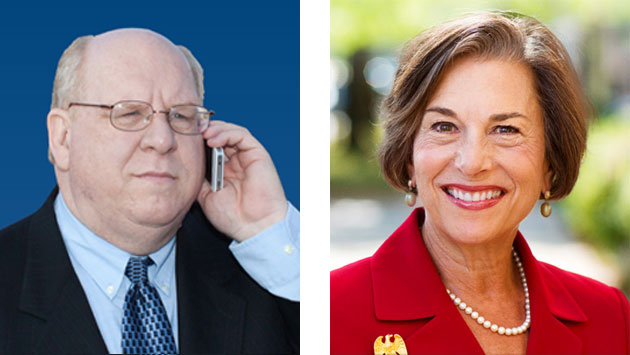 The candidates for the 9th District congressional seat representing Evanston have staked out dramatically different positions on most major issues.

If the incumbent Democrat, Jan Schakowsky, supports something, you can be pretty confident her Republican challenger, Tim Wolfe, opposes it, and vice versa.

Here's a rundown of their positions on key issues as compiled by Project Vote Smart.

Schakowsky would "greatly decrease" defense spending. She would maintain funding levels for homeland security and the United Nations. She proposes a mix of cuts and increases for different aspects of agricultural programs and foreign aid. She would "slightly increase" spending on the arts, environment, medical and scientific research, space exploration and welfare, She would "greatly increase" spending on educaition.

Schakowsky believes human activity contributes to climate change, while Wolfe says he doesn't think it does.

The candidates do agree that the U.S. should target suspected terrorists even outside official war zones.