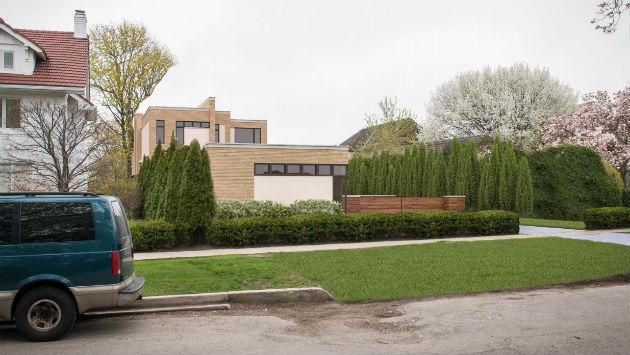 Evanston’s Preservation Commission will get to weigh in Tuesday night on whether to approve a new lakefront home that city officials concede meets all the city’s zoning rules, but — staff claims — fails to comply with their intent.

The property at 917 Edgemere Court was purchased in March by Adam and Susan Sabow for $1.8 million. A previous home on the property had been demolished in 2005

The plans for the new home, developed by Evanston-based Morgante-Wilson Architects, show a 5,394 square foot building, somewhat smaller than the average for the block, on a narrow but deep lot that is about the average size for properties on the block.

The home — with a two car garage out front connected to the house a covered loggia meets the front yard setback requirement of the zoning code. But Community Development Director Mark Muenzer says that it fails to meet the intent of having the front of the home itself in line with neighboring properties. 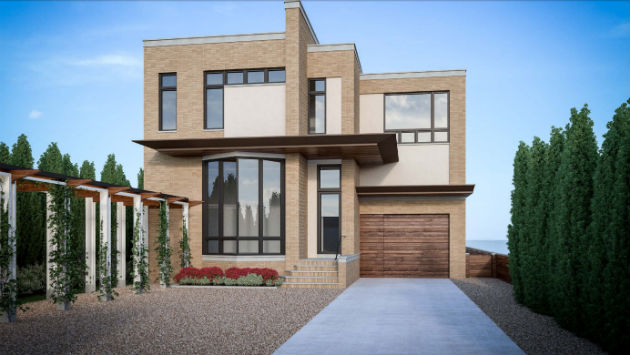 The front of the planned home, showing a portion of the covered loggia connecting it to the two-car garage at the west side of the lot.

Muenzer also claims that while the roofed loggia serves the purpose of avoiding having the garage considered detached — the intent of the zoning regulations is not to have a garage look like a detached structure in the front yard. 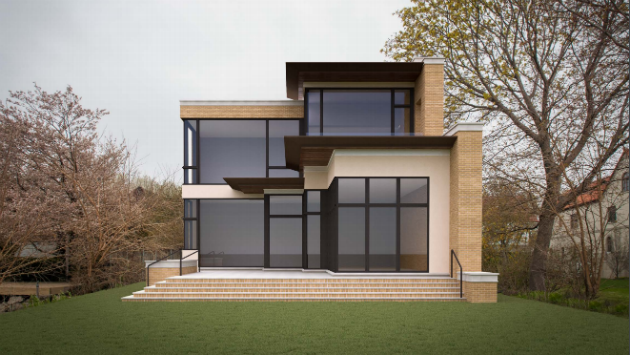 The lake-facing east, or rear, facade of the planned home.

Finally, Muenzer claims that while the design meets the rear yard setback requiremnt of the zoning code it still looks substantially different from some neighboring properties and the code’s intent would be better met if the home was positioned further to the west on the lot. 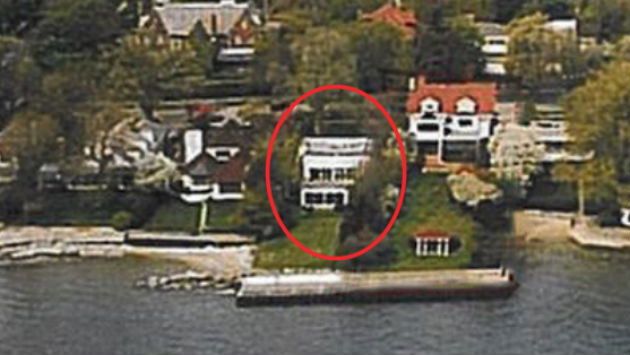 An aerial view from before 2005, with the home previously at 917 Edgemere circled.

The property is located in the city’s Lakeshore Historic District, which gives the Preservation Commission authority to review plans for the new home and decide whether to issue a certificate of appropriateness for the project.