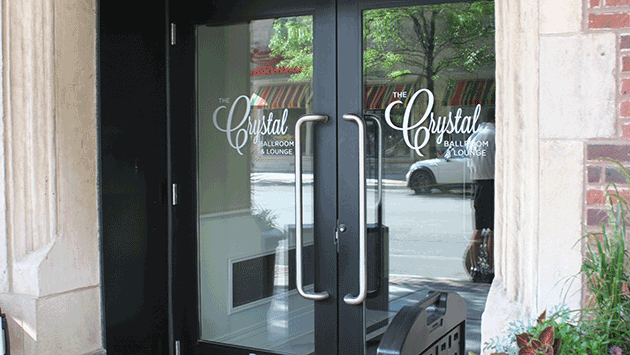 Work is still underway to transform the tired North Shore Retirement Hotel in Evanston into a more upscale retirement rental property called The Merion — but it's far enough along that the owners of Horizon Realty Group showed off their progress Tuesday evening. 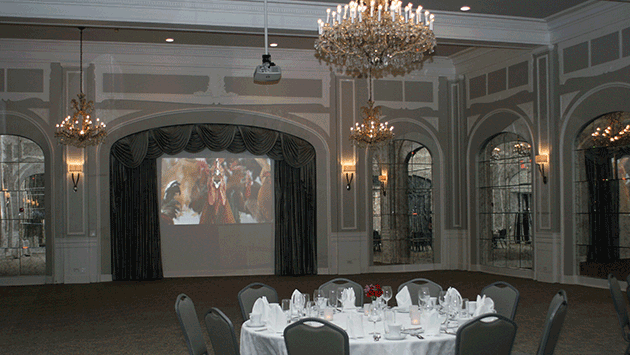 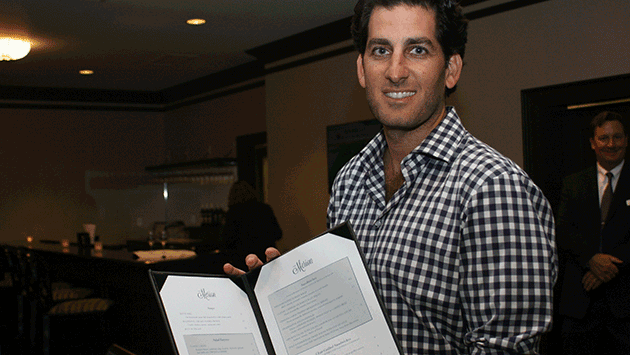 Jeff Michael showing off the new menu in the pub-style dining room.

The dining options for residents have also been expanded, with three dining areas backed by an enlarged kitchen space. 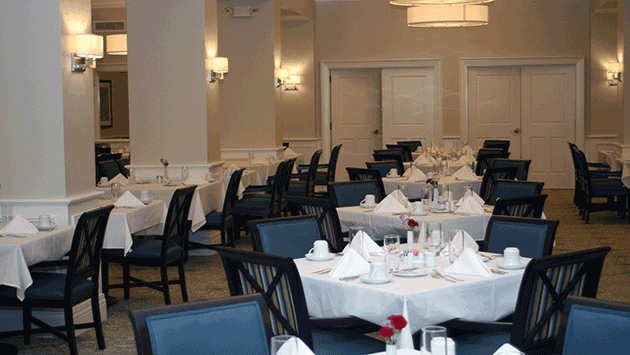 Michael says renovations to the first floor public areas are almost complete — except for the Chicago Avenue entrance that was recently closed off for a facelift.

The lobby, which had been chopped up into office space, has been opened up to its original size — convenient for receptions. And there's also a library, with memorabilia from the S.S. Merion, the ship on which Michael's great grandfather immigrated to America. 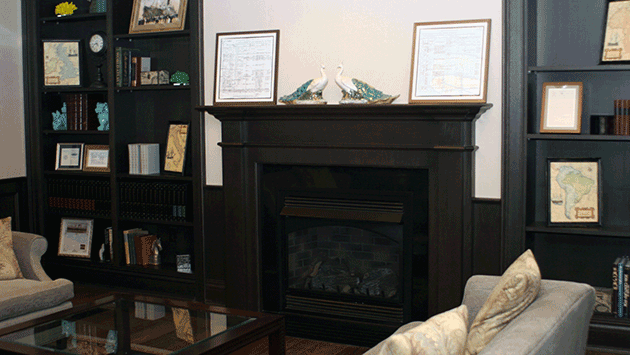 More public spaces in the building's basement, including a fitness center and theater, are still on the renovation list.

Upstairs, Michael says, apartments in the north half of the building have been renovated. 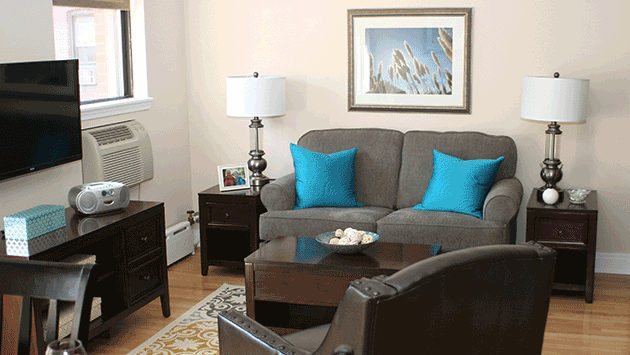 The living room of a model apartment.

The hotel, which had 185 units when Horizon bought it, will have 140 when work to combine many of the smaller units is completed.

The renovated units still show their origin as hotel rooms in relatively tight floor plans, but they've been completely redone, with new compact kitchens and baths. 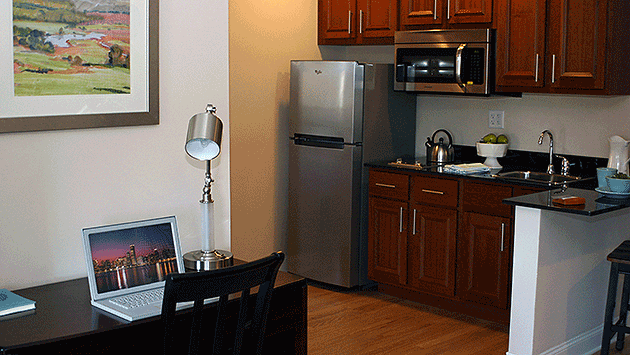 The units at The Merion are being rented fully furnished. Michael says that about 40 units are occupied now. 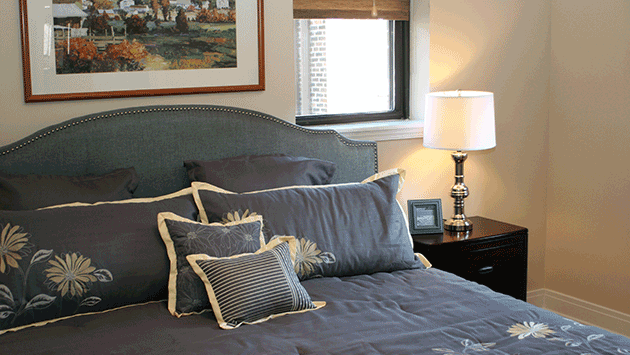 The bedroom of a model apartment.

Horizon also plans to start construction soon on an eight-story addition, just north of the existing building, that will add 63 new units to the property.