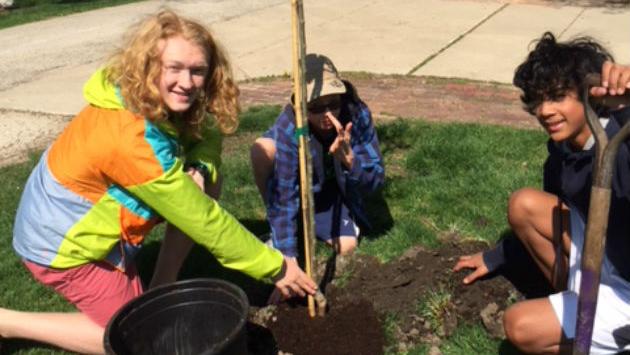 Some 25 trees each were planted in James Park, Elliott Park, Twiggs Park, and Harbert Park. 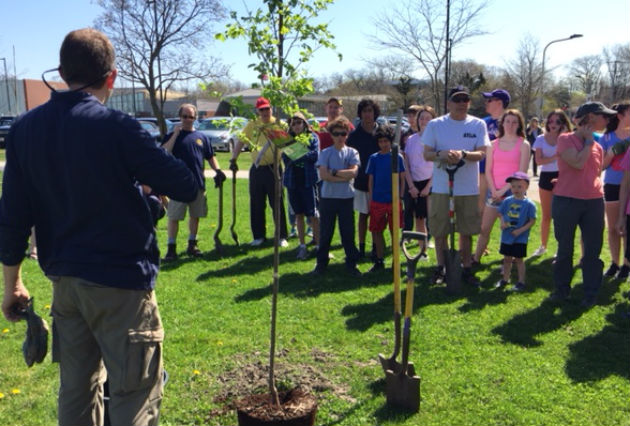 Much of the tough digging was accomplished with the help of the city’s Bobcat machinery, but many of the holes were dug by volunteers with shovels, following a brief instructional session provided by Parks Department personnel. 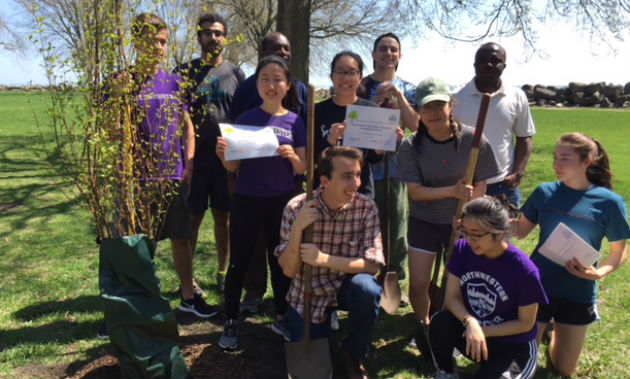 Financial support for the Trees for Evanston Parks project was provided by the Celtic Knot Pub and the Lincolnwood Garden Club of Evanston, while the city will take over responsibility for the care of the newly planted trees..