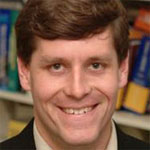 Researchers at Northwestern University have developed a new method for chemically altering graphene, a development that could be a step toward the creation of faster, thinner, flexible electronics.

Highly desired for its many promising attributes, graphene is a one-atom thick, honeycomb-shaped lattice of carbon atoms with exceptional strength and conductivity.

Among graphene’s many possible applications is electronics: Many experts believe it could rival silicon, transforming integrated circuits and leading to ultra-fast computers, cellphones and related portable electronic devices.

But first, researchers must learn how to tune the electronic properties of graphene — not an easy feat, given a major challenge intrinsic to the material.

Unlike semiconductors such as silicon, pure graphene is a zero band-gap material, making it difficult to electrically “turn off” the flow of current through it. Therefore, pristine graphene is not appropriate for the digital circuitry that comprises the vast majority of integrated circuits.

To overcome this problem and make graphene more functional, researchers around the world are investigating methods for chemically altering the material.

The most prevalent strategy is the “Hummers method,” a process developed in the 1940s that oxidizes graphene, but that method relies upon harsh acids that irreversibly damage the fabric of the graphene lattice.

Researchers at Northwestern’s McCormick School of Engineering and Applied Science have recently developed a new method to oxidize graphene without the collateral damage encountered in the Hummers method. Their oxidation process is also reversible, which enables further tunability over the resulting properties of their chemically modified graphene.

The paper, “Chemically Homogeneous and Thermally Reversible Oxidation of Epitaxial Graphene,” is published in the journal Nature Chemistry.

“Performing chemical reactions on graphene is very difficult,” said Mark C. Hersam, professor of materials science and engineering at the McCormick School. “Typically, researchers employ aggressive acidic conditions, such as those utilized in the Hummers method, that damage the lattice and result in a material that is difficult to control.

“In our method, however, the resulting graphene oxide is chemically homogeneous and reversible — leading to well-controlled properties that can likely be exploited in high-performance applications,” said Hersam, who is also a professor of chemistry and of medicine.

To create the graphene oxide, researchers leaked oxygen gas (O2) into an ultra-high vacuum chamber. Inside, a hot tungsten filament was heated to 1500 degrees Celsius, causing the oxygen molecules to dissociate into atomic oxygen. The highly reactive oxygen atoms then uniformly inserted into the graphene lattice.

The resulting material possesses a high degree of chemical homogeneity. Spectroscopic measurements show that the electronic properties of the graphene vary as a function of oxygen coverage, suggesting that this approach can tune the properties of graphene-based devices.

“It’s unclear if this work will impact real-world applications overnight,” Hersam said. “But it appears to be a step in the right direction.”

Next, researchers will explore other means of chemically modifying graphene to develop a wider variety of materials, much like scientists did for plastics in the last century.

“Maybe oxygen isn’t enough,” Hersam said. “Through chemical modification, the scientific community has developed a wide range of polymers, from hard plastics to nylon. We hope to realize the same degree of tunability for graphene.”

The National Science Foundation, the Office of Naval Research and the U.S. Department of Energy supported the research.