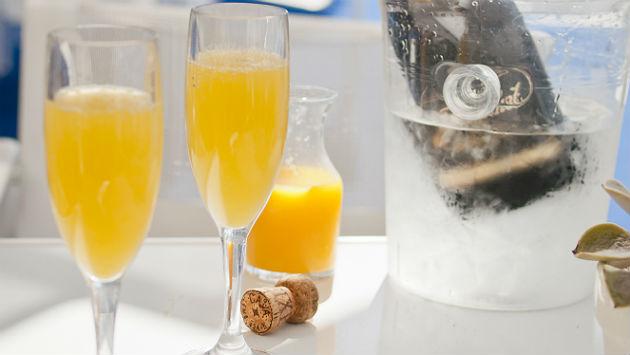 People who enjoy an early Sunday brunch at Evanston restaurants and want a Mimosa or other alcoholic beverage with their meal have had a problem — the city bans liquor sales until noon on Sundays.

That restriction may soon be a thing of the past. Up for introduction at tonight’s City Council meeting is a proposal to amend the city’s liquor laws to permit restaurants to serve booze starting at 10 a.m. on Sundays.

The change was requested by Amy Morton, owner of two downtown dining spots — Found and The Barn.

Mayor Steve Hagerty and the Liquor Control Board have recommended approval of the change.

It would permit liquor sales on Sunday to start at most restaurants earlier than on any other day of the week. On other days the starting time is 11 a.m.

On a different issue, the liquor board gave a lot less than requested to the owners of Beer on Central at 1930 Central St.

They’d asked to increase the limit on sale and free samples of beer for consumption on site at Class K beer and wine stores from 30 ounces to 48 ounces. But the board only recommended an increase to 32 ounces — citing concerns about the potential for over-indulgence if the limit were raised further.

O’Malley, speaking in favor of raising the limit to 48 ounces, said craft brewers in the city are allowed to offer on-site consumtion with no limits.

The two-ounce increase in the consumption limit is also on the City Council’s agenda tonight.

Update 6/26/18: Both ordinance changes were introduced and adopted at Monday night’s Council meeting.