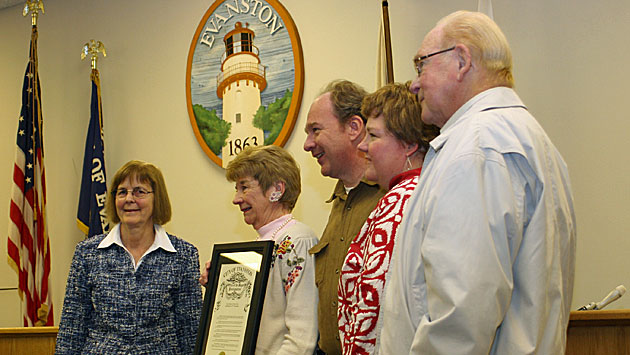 In case you missed it, Monday was Tag's Bakery Day in Evanston — thanks to a proclaimation by Mayor Elizabeth Tisdahl honoring the family-owned establishment on its 75th year on Central Street. 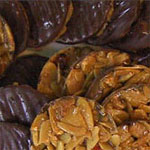 Tisdahl, known for her cookie diplomacy with Northwestern University's president, was on the receiving end at the City Council meeing, getting a box of Tag's Florentines in thanks for the proclamation.

Don and Jan Vetter purchased Tag's in 1968, and the bakery is now owned and operated by their children, Greg and Gretchen.

In addition to the cookies, which are now also available at area Jewel supermarkets, the bakery offers a wide selection of cakes, pies and other goodies.

In case the Vetters want to celebrate their shop's milestone, they could soon have several new spots in town to raise a toast.

The City Council Monday suspended its rules to give immediate approval to liquor licenses for:

The aldermen also accepted for introduction a special use permit request for El Famous Burrito at 843 Dodge Ave.

In other food news, "now hiring" signs are up at World of Beer in the Fountain Square Building downtown.

And Downtown Evanston is organizing a ribbon cutting ceremony at 1 p.m. next Monday, Oct. 29, at the new Prana Cafe, in the former MecaFresh location at 1840 Oak Ave.