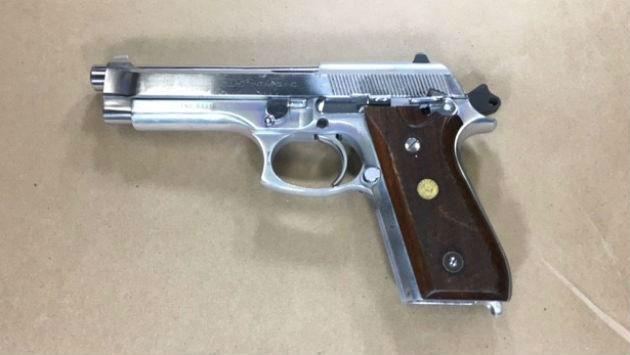 Evanston police say a cell phone left behind in a stolen car has led them to charge a 16-year-old Chicago youth with taking the car from its owner at gunpoint.

Cmdr. Joseph Dugan says the car, a Maza CX-9 was one of two vehicles carjacked within a few hours of each other in late August.

Officers responding to the second incident saw both of the cars being driven near the scene of the second carjacking, and when officers tried to stop them, both cars fled — with one crashing into a security gate in the 200 block of Custer Avenue.

The driver ran away, but left behind a .28 caliber handgun and a cellular phone.

When police went to arrest the cell phone's owner last week in Rogers Park, Dugan says, they found him carrying another gun and a quantity of marijuana.

In addition to the gun and drug charges, he's now been charged with felony aggravated vehicular hijacking, and — after he allegedly kicked a hole in the wall of the interview room at the Evanston police station — he's also facing a charge of felony criminal damage to state supported property.

He's now being held at the Cook County Juvenile Detention Center in Chicago.