Evanston Now is the independently-owned local news site for Evanston, Illinois, that covers government, schools, events and business in the city.

See something you’d like us to look into or have an event you’d like to promote? Send story ideas, photos and tips to stories@evanstonnow.com. 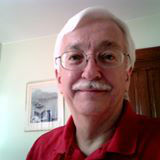 Evanston Now publisher Bill Smith was born and raised in Evanston and received bachelor’s and master’s degrees in journalism from Northwestern University. He also holds a juris doctor degree from Wayne State University in Detroit.

He was a broadcast news reporter, producer and anchor in Detroit and other cities. He taught journalism at Michigan State and Penn State and at Northeastern University in Boston.

He returned to Evanston in 2005 and launched Evanston Now in 2006. He and his wife Jan share their home with a cat named Max. 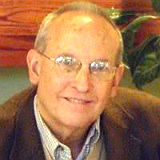 A resident of Evanston since 1975, Chuck Bartling holds a master’s degree in journalism from Northwestern University and has extensive experience as a reporter and editor for daily newspapers, radio stations and business-oriented magazines.

He came to the Chicago area in 1965 as chief of the Midwestern News Bureau of the American Banker, a New York-based daily financial newspaper.

He is a past president of the Rotary Club of Evanston Lighthouse and served as a member of the Board of Directors of the United Way of Evanston and the North Shore Senior Center.

He holds a general class amateur radio license from the Federal Communications Commission under the callsign, W4TVW.

Bartling, who started his professional life as a high school English and journalism teacher and is the father of two Evanston Township High School graduates, covers education and other topics for Evanston Now. His wife, Ann, is an interior designer and president of Ann Bartling Designs. 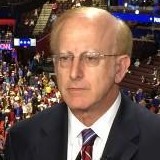 Jeff Hirsh joined the Evanston Now reporting team in 2020 after a 40-year award-winning career as a broadcast journalist.

Hirsh retired in 2019 from WKRC-TV in Cincinnati, Ohio, and moved to Evanston.

He won more than 40 local, regional and national awards for excellence in reporting, including 26 regional Emmy Awards.

Hirsh is also a three-time winner of the Sigma Delta Chi Award from the national Society of Professional Journalists, once for the Best Documentary in the U.S., and twice for the Best Investigative Reporting. 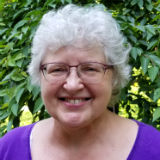 A resident of Evanston since 2005, Jan Smith has over 25 years of experience as a writer and editor, including 10 years with Ziff-Davis Publishing and seven years managing retirement content for Fidelity Investments.

Smith earned a master’s in journalism from Northeastern University in Boston. She is a former member of the Rotary Club of Evanston Lighthouse and volunteers at the Hillside Food Pantry.

Smith covers education and other topics for Evanston Now. Reach Jan at jansmith1726@gmail.com or by calling 312-479-8512.