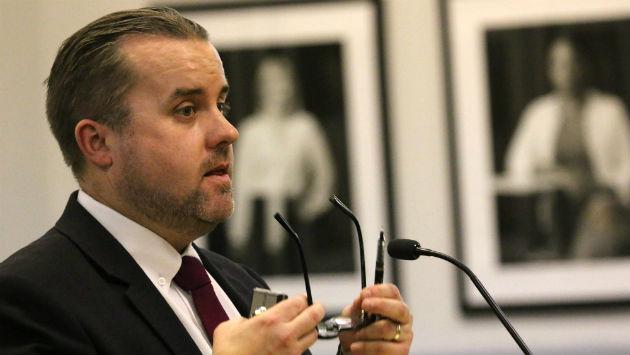 Members of Evanston’s Human Services Committee decided Monday to wait until after the city’s new police chief has settled in before addressing recommendations from a panel named to review the police complaint process.

The report, presented at the HSC meeting by Citizens Police Complaint Advisory Committee Chair Matthew Mitchell, calls for hiring a part-time independent auditor outside the police department to oversee the complaint process, having a city employee outside the department do initial intake of complaints, creating an alternative dispute resolution program run by volunteers to handle some complaints and creating a new civilian review board with greater powers to provide oversight of the department.

Alderman Cicely Fleming, 9th Ward, suggested that given the city’s tight finances, which have led to layoffs, “we need to work with the Office of Professional Standards we have” rather than hiring more staff.

CPCAC members suggested that some residents didn’t trust that their complaints would be considered fairly when submitted to a police officer, but it was not clear from the report how much more trust complainants would have in a city employee from a different department — since, either way, police discipline is ultimately determined by the police chief.

Alderman Peter Braithwaite, 2nd Ward, asked Miller whether he knew of any cities using the independent auditor model in Illinois.

Miller replied that he wasn’t aware of any.

The National Association for Civilian Oversight of Law Enforcement lists about a dozen such programs nationwide.

Miller said, “There are no bad actors in the current system,” but said the committee wanted “a more structured system with more oversight, more transparency and more accountability.”

Braithwaite said the number of complaints against police in Evanston has dropped since the department provided officers with body cameras. They “create a higher level of accountability for the police,” he said.

Police Chief Richard Eddington, who’s retiring at the end of the year, said the department’s investigations of civilian complaints “are complete and thorough.”

“There’s no hiccups, no mishandled investigations,” he said, adding that what the committee is trying to address is “perceptions of concerns” rather than actual problems.

But he thanked the committee “for the time they’ve invested” in prepairing the report.

“The department is not broken,” Eddington said, adding that the new chief “is not going to have to go back and fix stuff.”

“You’ll have the luxury of time to work through this” with the new chief, he added.

Braithwaite said  the Human Services Committee should “definitely take a look at” the CPCAC report “in 6, 7 or 8 months” after the new chief has gotten settled in and “look at what he can utilize.”