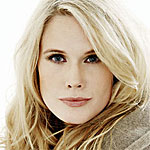 March, a 1996 Communications graduate from NU, is best known for her role as attorney Alexandra Cabot on the NBC crime drama "Law and Order: Special Victim’s Unit."

She’s married to TV chef Bobby Flay, who’s expected to ride by her side in the parade, which this year will be traveling through downtown Evanston as well as along Sheridan Road through the campus.