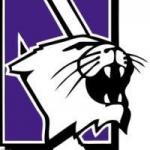 They cautioned, however, that there is no one right way to do it.

They engaged in what was billed as a “fireside chat” at the sixth annual Northwestern University Venture Challenge at the Allen Center on the Evanston campus.

Some $160,000 in prizes were awaiting teams that did the best job of pitching their business ideas to faculty and industry experts, including some angel investors and venture capitalists who could actually help these students turn their ideas into reality.

The student startups were from interdisciplinary teams in the undergraduate and professional schools, including Kellogg School of Management, McCormick School of Engineering, School of Law, and the Feinberg School of Medicine.

Levy, who cofounded Levy Restaurants in 1978 with a delicatessen on the seventh floor of Water Tower Place, pioneered the idea of premium dining in sports and entertainment venues when the Chicago White Sox installed skyboxes in 1982.

Now the company has become a full food service provider to 79 sports and entertainment locations at convention facilities, music/performance venues, and stadiums and arenas for all major sports leagues.

His keys to success, he said, were passion, sweat, values, and perseverance.

Tullman is CEO of 1871 in Chicago, where digital startups get their start. Over the last 45 years, he has successfully founded more than a dozen high-tech companies.

His advice was to start small, start cheap, stay invisible to the competition, and to remember that “there’s never a finish line,” as a good company keeps changing.

His company, 1871, has been compared to the proverbial garage, where many entrepreneurs get their start, except that his location, on the 12th floor of Chicago’s historic Merchandise Mart, enables employees of budding companies to work with “a community of designers, coders, and entrepreneurs who learn from each other, encourage each other, and share a journey up the steep startup learning curve.”