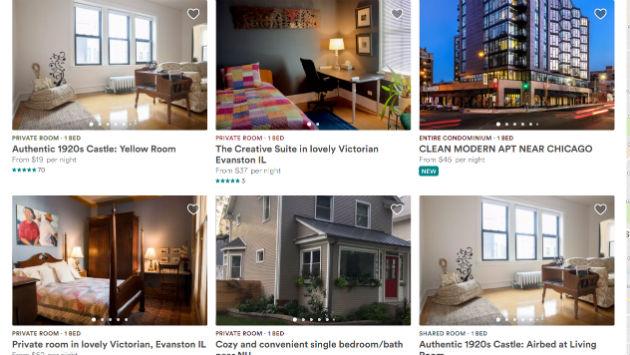 Airbnb says about 180 Evanston residents shared their homes on the vacation rental service this year and earned a total of $1.26 million doing it.

Ben Breit, a company spokesman, said most participants in the service only share their homes for a handful of nights per year — for example on football weekends or when Northwestern University is holding commencement exercises — which accounts for the discrepancy between the 180 participants and a typical Airbnb listing count most of the year of about a dozen Evanston properties.

Breit says that peak-demand-days-only strategy is very common among owners in cities where a major university is located.

He also says the total number of vacation rental owners here makes Evanston the number two city in Illinois for vacation rentals, behind only Chicago.

He says mosts hosts share an extra, unused room in their homes, rather than an entire property, and that the typical Evanston host earned about $6,000 in supplemental income annually through the platform.

Airbnb collects a 6 percent state hotel tax and a 1 percent Cook County hotel tax on its bookings, and starting in 2018 will also collect a 7.5 percent Evanston hotel tax.

Under Evanston’s recently adopted vacation rental licensing ordinance, a homeowner can do a short-term rental, less than 30 days, once a year without getting a license. Any more often and they’re required to seek a city license, which requires a $50 annual fee.