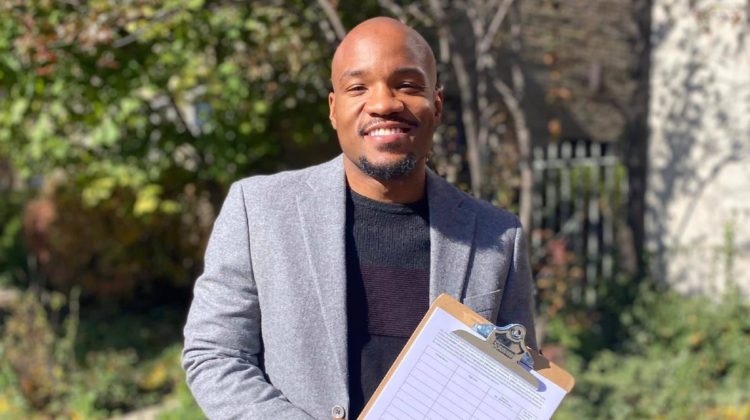 Bobby Burns, in an image posted to his Facebook page.

A business led by Evanston Ald. Bobby Burns (5th) has been awarded a marijuana craft grow license by the State of Illinois, one of about 40 issued so far this year.

The business, Herban Garden LLC, like other craft grow licensees, will be small, perhaps you could say “mom and pot.”

Comparing a craft grower to a large cultivator is like comparing the neighborhood brewpub to Budweiser.

But with recreational cannabis sales now legal, and already topping $1 billion in Illinois this year, Burns tells Evanston Now “there are people who want to invest in this industry,” and he’s not worried about getting the funds for his startup.

Burns’ fellow manager for the venture is his uncle, Reginald Burns. Reginald lives in Englewood, an area Bobby Burns says was disproportionately hit with marijuana arrests during the “war on drugs.”

With the state including “social equity” in its licensing process, living in such an impacted community is a plus for an applicant. There is also an added bump for veterans, and Bobby Burns says his uncle is a disabled Vietnam vet.

The cannabis industry newsletter “Grown In” says at least ten of the recently awarded craft growers licenses went to groups affiliated with existing cannabis companies, while several others “went to politicians and a smattering of local notables.”

However, Burns says there is nothing political here. Burns says he applied for the license well before even deciding to run for alderman, and even before Ald. Robin Rue Simmons (5th) said she would not run again.

Burns says he was initially motivated by the “advocacy spirit,” the thought that helping communities and individuals get into a new business was the right thing to do.

“Too many people had been left out of the industry,” he explains, “people who had been harmed by the drug war.”

But when people Burns urged to pursue a license decided not to, Burns says “I decided to apply myself.”

Burns says it will probably be a year before his business is up and running, both growing marijuana and infusing things like edibles and beverages, which are then sold to dispensaries.

Burns says there are no plans to locate in Evanston. The license, he explains, has a central Illinois link, but it is allowable to put the business elsewhere. He says Chicago is a possibility.

Illinois craft growers are limited to 5,000 square feet of “canopy” growing space for now. Large growers can top out at more than 200,000 square feet, so it truly is David vs. Goliath.

However, there will likely be enough money to go around for everyone.

Mike Fourcher, editor of “Grown In,” says in a recent edition that “The market is only going to get bigger and bigger.”

Burns says he expects to hire 10 to 20 workers. “In a small way,” he says, “I can try to employ people who were impacted” by the law being very different not very long ago.