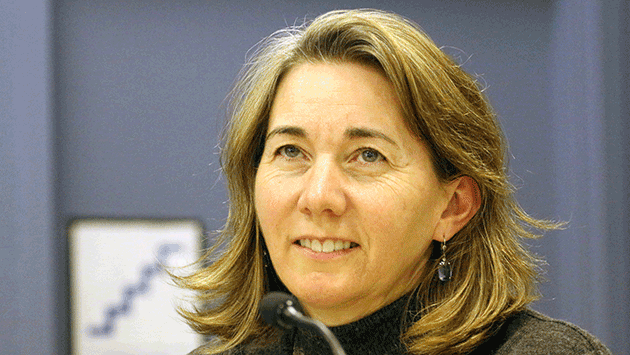 Princeton has announced that Burrus will start her new job there on April 27.

The departure of Burrus will give Mayor Elizabeth Tisdahl the job of appointing someone to fill out the remainder of Burrus's term on the City Council, which runs through April 2017.

Burrus, 50, was first elected to the part-time position of alderman in 2009, winning 59 percent of the vote in a three way race against Mimi Peterson and Michael Drennan. She was unopposed for re-election in 2013.

The last time the mayor had to fill a vacancy on the City Council, in 2011, she selected Peter Braithwaite to replace Lionel Jean-Baptiste as 2nd Ward alderman after Jean-Baptiste was named a judge in the county court system. Braithwaite went on to win election to a full term in 2013.

In a statement, Burrus said the new job "is an exciting opportunity to contribute to the continued growth and success of the corporate and foundation relations enterprise" at Princeton.

Burrus, who before her appointment to the council served on the city's Plan Commission, built a record as a fiscal hawk, concerned about the city's spending practices, and generally favored development projects that supporters believed would bring more economic growth to the community.