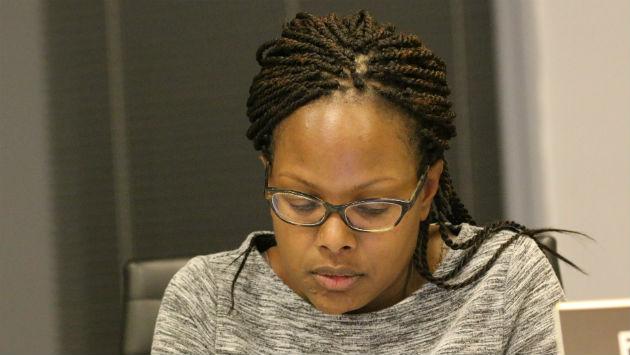 The Police Department produces a Daily Crime Bulletin that lists the name, address and age of persons arrested and the charges against them, as required by the state’s Freedom of Information Act.

The bulletin is emailed daily to more than 5,200 residents and appears on the city’s website, where there’s also an archive of bulletins for the past three years.

“I don’t know what purpose that serves anybody,” Fleming said of the archive. “I’m a big believer that once you’ve paid” your penalty “there’s no reason for us as a city to continue to advertise that.”

“Legally there’s no need for us to have these online in the manner that we do. Other cities don’t publish them this way,” she added.

Typically proponents of hiding arrest data suggest that having the information available lets “youthful indiscretions” dog people through their lives, interfering with their employment prospects.

But hiding the data also makes it difficult for persons to know — for example — whether a new dating partner has a history of arrests for domestic violence, or whether an employment candidate was arrested for stealing from the till at a previous job.

In a memo to the committee, City Manager Wally Bobkiewicz said city staff has blocked the crime bulletin archive from indexing by search engines, but Fleming said — and Evanston Now has confirmed — that the crime bulletin data does currently show up in Google searches for a person’s name.

Bobkiewicz said email distribution of the crime bulletin “allows the city to alert residents about crime patterns and other incidents that may affect their safety.”

Alderman Eleanor Revelle, 7th Ward, said she believes that as the city looks for alternatives to arrest, it needs to “make sure young people don’t have things on their record that prevent their advancement later in life.”

The committee took no action on Fleming’s proposal but agreed to leave it on the agenda for discussion at a future meeting.