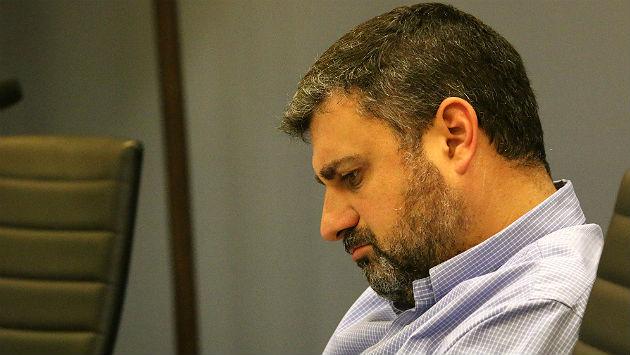 The dispute began after Suffredin proposed that the city find substitutes for two alleys in Rainey’s ward that had been chosen by staff to be included in a grant application to the Metropolitan Water Reclamation District that would have covered 60 percent of the paving cost.

Staff had selected the alleys, City Manager Wally Bobkiewicz said, based on guidance from MWRD staff that the poverty level in a neighborhood would be a factor in making the grant awards.

But Suffredin said that neighborhood poverty wasn’t actually a criterion for awarding the grants, based on a conversation he’d had with the acting executive director of the MWRD.

Suffredin advocated instead choosing the two shortest alleys from a list staff had prepared — on the theory that they would require the smallest city match for the grant. (Of course that also would have meant the city would have received a smaller amount of aid from the MWRD.)

It turned out those two alleys were in the 1st and 9th Wards.

Rainey suggested Suffredin had it in for any project that benefited her ward. “If these alleys had been in the 5th or 2nd wards we wouldn’t be having this conversation,” she said.

To that, Suffredin replied, “Such bullshit. Everything with you is subject to scrutiny because you are sketchy as fuck.”

Moments later Rainey demanded that the Council sanction Suffredin for his outburst. “That was outrageous,” Rainey said. “You should saction him and ask him to leave the room, or apologize.”

The City Council’s Rules state that: “Any Alderman who acts in a disorderly manner at a Council or standing committee meeting or who does not obey the order of the Mayor or the Committee Chair, may be censured by a majority vote of the members present or expelled for the remainder of the meeting by a two-thirds vote of the Aldermen present.”

Suffredin then affirmed his comments, saying, “I stand by what I said.”

Alderman Judy Fiske, 1st Ward, who was chairing the meeting because Mayor Steve Hagerty was out of town, suggested it might take several minutes to get guidance from the Corporation Counsel about what to do and suggest that instead the Council should just move on.

With that, Rainey said, “Let’s move on because he’s not worth it.”

Suffredin’s motion to include the two alleys he proposed in the grant request failed, with only the aldermen of the two wards who would have received the alley paving projects joining him in voting for it.

A substitute motion to recommend paving one alley in the 8th Ward and one in the 9th Ward carried on a 6-2 vote with Suffredin and Fiske voting no.