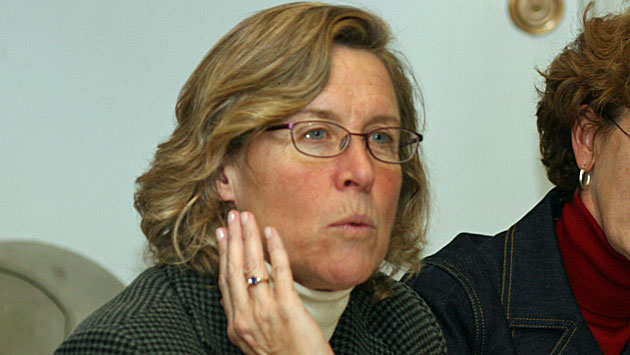 Alderman Melissa Wynne, 3rd Ward, pronounced herself flabbergasted Wednesday night when developers of a proposed office building in her ward suggested the city not give them the second of two $20,000 grants to help market the project.

Above: Alderman Wynne. Below: Developer O'Donnell.

Alderman Melissa Wynne, 3rd Ward, pronounced herself flabbergasted Wednesday night when developers of a proposed office building in her ward suggested the city not give them the second of two $20,000 grants to help market the project. 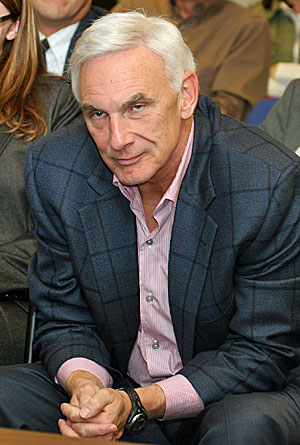 Developer John O'Donnell of OMS Evanston LLC said that efforts to market the development on the southeast corner of Main Street and Chicago Avenue to prospective office tenants were moving more slowly than expected.

He said that as a result the development team had spent less money than expected and didn't yet need the additional city assistance.

But Wynne, noting that with the upcoming holidays it could be difficult to get approval of the second grant through the City Council before the end of the year if action wasn't taken now, urged other members of the Economic Development Committee to recommend approval of the grant.

O'Donnell said that his team has been actively marketing the project and has completed detailed space plans for three tenants, issued proposals to two of them and hopes to receive a response from at least one tenant shortly.

He said that because of uncertainty in the overall economy, potential tenants have been reluctant "to take on a long-term proposition" and the project "hasn't been getting traction so far."

He noted that the development needs to get a commitment from at least one lead tenant who would likely need 10,000 square feet or more and would be expected to sign a lease for at least 10 years to be able to get construction financing to build the project.

And he added that smaller tenants have many options already in Evanston that wouldn't require such a long-term committment. 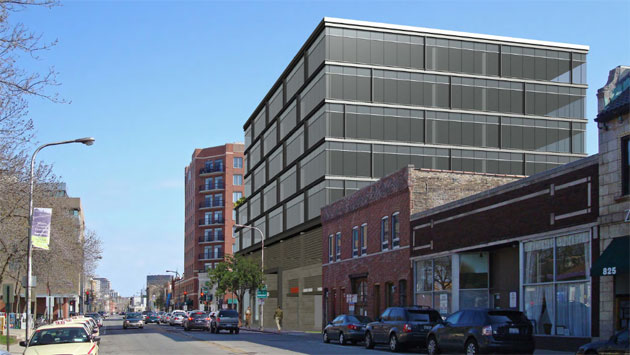 A rendering of the proposed office building, center, superimposed on a photo of the Chicago Avenue streetscape looking north from Washington Street.

O'Donnell suggested that if the project hits roadblocks over the next couple of months he'd return to discuss alternatives for the site with the city, perhaps involving a smaller office building.

"We're going to come up with a plan that works, and we'll be back, asking for money then," O'Donnell said.

Alderman Ann Rainey, 8th Ward, said the developers "know exactly what they're doing and what the market is."

She said it gave her comfort that "they're not going out and making crazy deals. It's very possible to fail if you do this the wrong way."

Plan Commissioner Seth Freeman said he didn't see any point in adding money to the project if it doesn't demand it now.

"They're being very forthcoming. I think that's very rewarding," Freeman said, asking "Is the money going to disappear?"

Wynne conceded that the money wouldn't disappear, but still pressed for a vote to approve the grant. And, in the end, her motion carried, with only Freeman voting no.