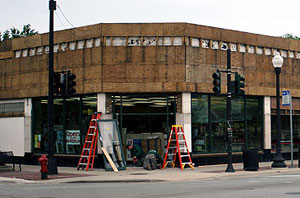 Evanston’s Economic Development Committee has voted to approve spending city funds to help with the renovation of a Howard Street auto parts store, but not without dissent from one of its members.

Alderman Judy Fiske, 1st Ward, attending her first EDC meeting Wednesday night since her election as alderman, voted against the project after arguing that it should be revised to restore the original terra cotta facade of the building.

City Preservation Coordinator Carlos Ruiz, an architect, said he had visited the site and looked at the terra cotta work.

“But when I talked to the contractor, he said it would be very expensive to restore,” Ruiz added. 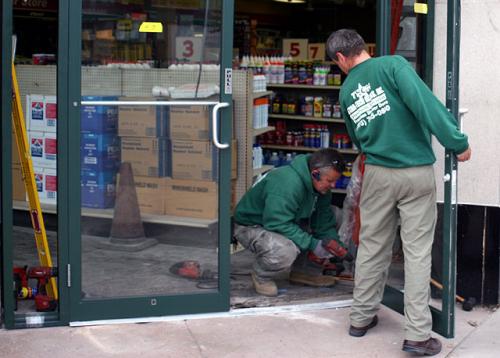 Larry Kaufman, who owns the building at 641 Howard St. and has run North Suburban Automotive Supply there since 1964, said the project will also open up several separate entrances to the 1930s-vintage structure, which spans nearly a half block of Howard Street frontage.

“My contractor talked me into that,” Kaufman said, suggesting that maybe in 10 years “I might want to retire and maybe whoever buys it would want to split it up into separate stores.” 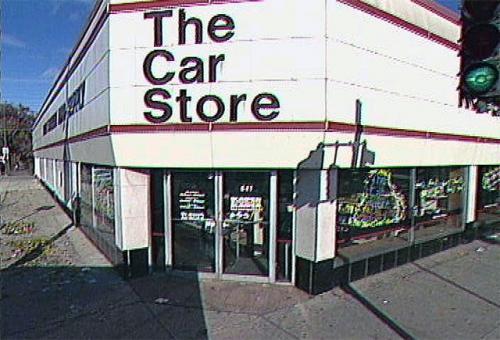 A circa 2000 view of the building in a county assessor’s office photo.

Ruiz said the project will open up a number of original windows that had been covered over, bringing the overall look of the building back closer to its original design and that the contractor was reusing the existing framework for the metal panels, to make sure no further damage is done to the terra cotta surface behind it. 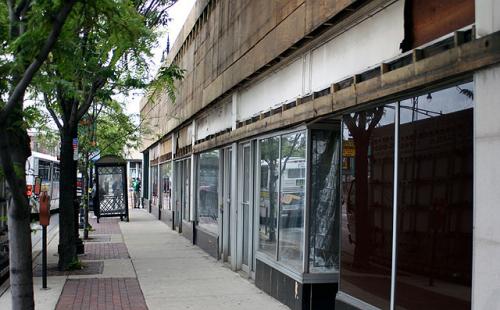 Fiske suggested that there could be tax advantages to a restoration to the original appearance of the structure, but Ruiz said for those benefits to be available the area would have to be part of a national register historic district, which it is not.

Fiske said she was familiar with Howard Street and that there were many beautiful terra cotta buildings on the Evanston side, especially between Ridge and Chicago avenues, although some had been torn down.

But Alderman Ann Rainey, 8th Ward, whose ward includes Howard Street, said there had been no demolitions in recent years on that stretch of Howard.

(A windshield survey yesterday of those five blocks of Howard suggests there is one well-maintained terra cotta building facade and two others that have been painted over or partially obscured in addition to the 641 Howard building.) 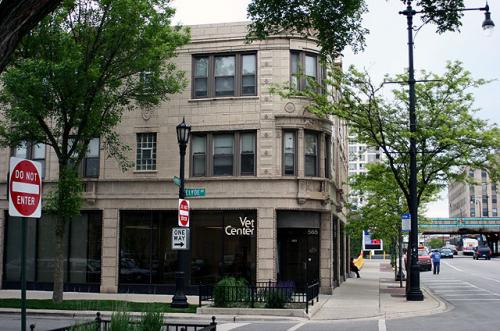 The Vet Center building at Howard and Clyde has a well-maintained terra cotta facade.

City Planning Director Dennis Marino said a city consultant’s study several years ago suggested that Howard Street has more commercial storefront space available than the market can support, but that there is significant retail potential in the area if the activity could be concentrated on fewer blocks.

Marino said Kaufman is spending between $135,000 and $150,000 on the facade improvement project and thus qualifies for the maximum city matching fund grant of $40,000. “That’s almost four-to-one leverage of the city funds, better than what we normally see,” Marino added. 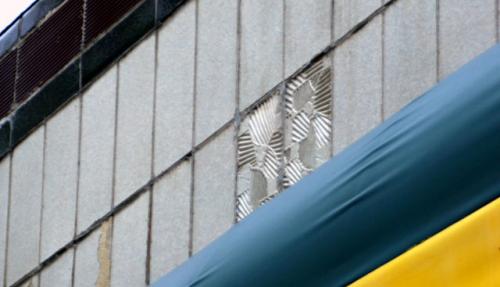 Terra cotta tile details painted over on a storefront at 607-609 Howard.

The committee voted 6-1 in favor of the facade improvement grant, which now goes to the full City Council for a final vote.

Kaufman, 66, who said he still indulges his passion for cars by racing hot rods at senior drivers events in Indiana, said that several years ago when he was asked about the condition of the building he’d say, “See those holes, those are bullet holes. You can’t expect me to make a huge investment in the property.”

“But then the police outpost came along (in the building just easts of his store), and police cameras on the corner,” he added. 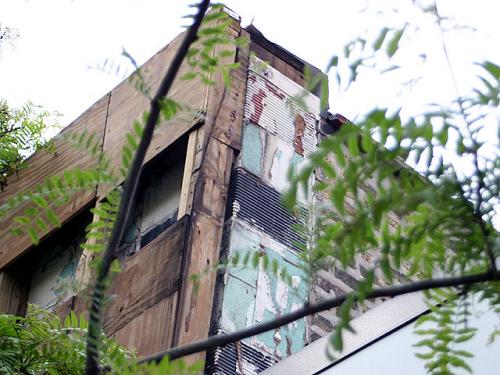 Terra cotta tiles visible at the corner of the auto parts store.

“I’ve been on that corner since 1964. I’ve seen the good, the bad and the ugly. And I really think its turning around, he said.

He said the work on the building so far “has created a lot of stir with other buisiness owners coming to me” and asking about it.

He said he tells the other owners “this is where our livelihood is,” and it’s worth investing in the area “to create the beginnings of a better Howard Street.”